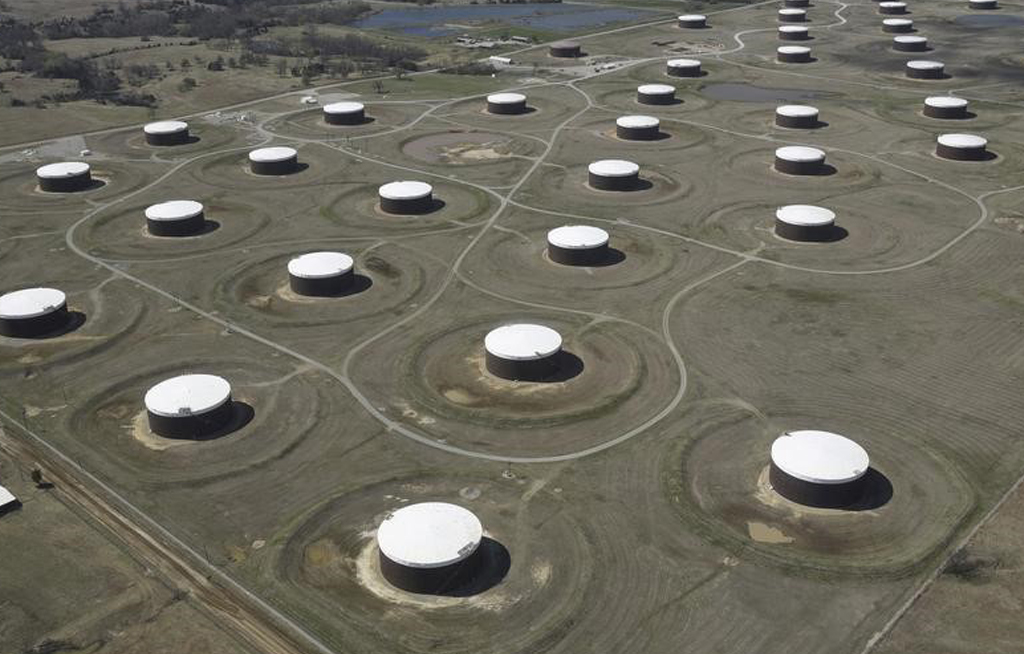 Crude oil storage tanks are seen from above at the Cushing oil hub, in Cushing, Oklahoma, March 24, 2016.

JOHANNESBURG – A protest by oil workers has shut down Libya’s biggest oil field, crippling a revival in the North African country’s production of crude, its biggest foreign revenue earner.

Production had fallen significantly following the 2011 revolution and the years of civil war that continue to ravage the country, but production had recently picked up.

The Sharara oil field closed on Wednesday, according to a person with direct knowledge of the matter who asked not to be identified because they weren’t authorised to speak to the media, Bloomberg has reported.

The workers were protesting a colleague’s death at the field, halting the production of about 270,000 barrels a day.

Prior to the strike, Libya’s oil output was at its highest since October 2014, when the country pumped 850,000 barrels a day.

This increase, along with higher production from Nigeria and swelling stockpiles in the US, were undermining the Organisation of Petroleum Exporting Countries (OPEC’s) strategy to re-balance the market and prop up prices, reported Bloomberg.

OPEC and allied suppliers agreed on May 25 to extend a deal to cut output until the end of March to battle a global oversupply.

The halting of production at Sharara is believed to be only temporary. Crude from Sharara in western Libya had resumed flowing to the Zawiya refinery in late April, after a three-week closure.

READ: Oil rises again on view that supplies should tighten

Libya, with Africa’s biggest crude reserves, pumped as much as 1.6 million barrels a day before the 2011 political uprising.