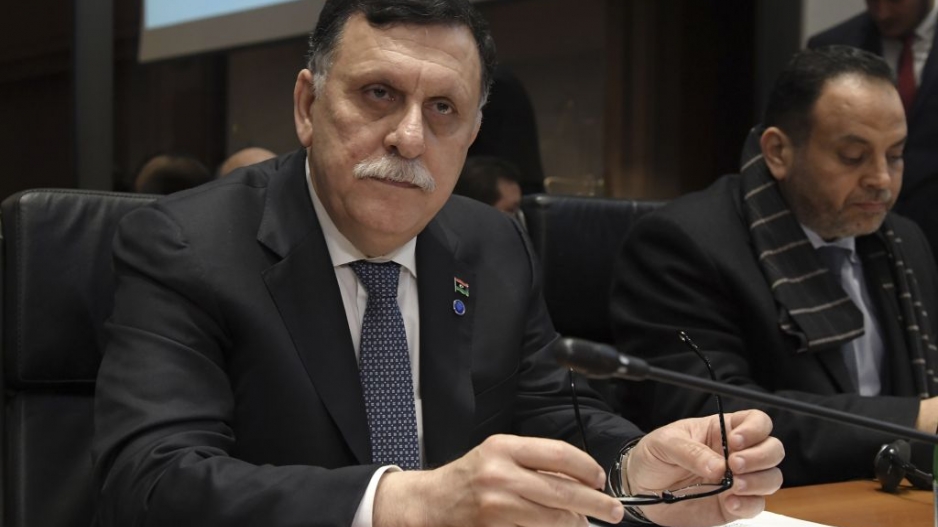 TRIPOLI, Libya - Libya's unity government has called for "urgent intervention" by the international community to end military escalation in its south, warning of a possible "civil war".

For more than a week, militias allied to the UN-backed Government of National Accord have fought off rival forces trying to capture an airbase in the south of the North African country.

"We ask you to take a firm and decisive stance with regards to this escalation and we will support all decisions to re-establish security and stability in Libya," GNA head Fayez al-Sarraj wrote in a letter published Saturday.

Sarraj called for an "urgent intervention" from the international community "to end the deterioration of the situation in south Libya", in an open letter addressed to bodies including the European Union, the United Nations and the Arab League.

He did not specify the nature of what form such intervention could take.

"This sudden and unjustified escalation... puts the country on the brink of civil war", Sarraj said.

The GNA, which both Haftar and the eastern-based parliament have refused to recognise, has announced a counter-offensive against the LNA.

The LNA has said the Tamenhant base was a launching pad for fighters who seized key oil terminals from its control last month, before the LNA retook them days later.

But the unity government has denied any link with the attacks on the oil facilities in Libya's northeast.

The GNA, which was born of a UN-brokered deal signed in late 2015, has struggled to assert its authority nationwide since taking office in Tripoli in March last year.

Libya has been wracked by chaos since the 2011 uprising that toppled and killed longtime dictator Moamer Kadhafi, with rival militias and authorities vying for control of the oil-rich country.