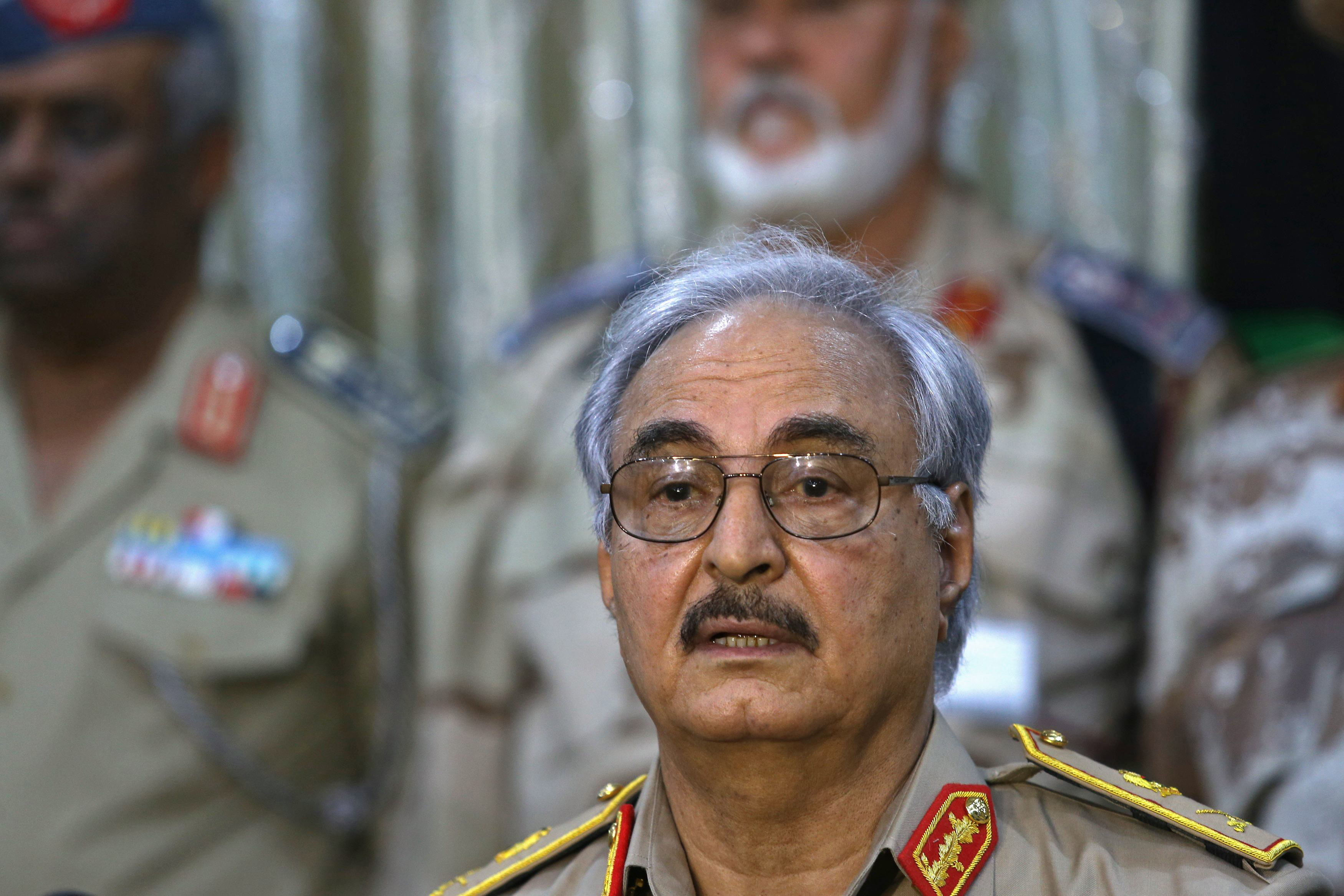 Former General Khalifa Haftar is proving to be a divisive figure in Libya.

"Terrorist groups attacked at dawn on Sunday three sites under the control" of Haftar's forces south of the eastern city of Derna, it said.

Four of Haftar's forces were also wounded, it added.

Derna was known for being a bastion for jihadists even before the 2011 uprising that toppled and killed longtime dictator Muammar Gaddafi.

Haftar's forces are waging a campaign against jihadist groups, including efforts to capture the eastern city from the "Revolutionary Shura Council of Derna", a coalition of militias close to Al-Qaeda.

On Saturday, a pro-Haftar fighter died as he took part in a mission to try and rescue a pilot whose plane had crashed in the same area.

The pilot who died in the crash had been carrying out a raid against jihadist positions when his fighter jet was hit by a missile, the news agency said.

The controversial strongman supports an administration based in the country's east that has refused to recognise the UN-backed Government of National Accord based in Tripoli.