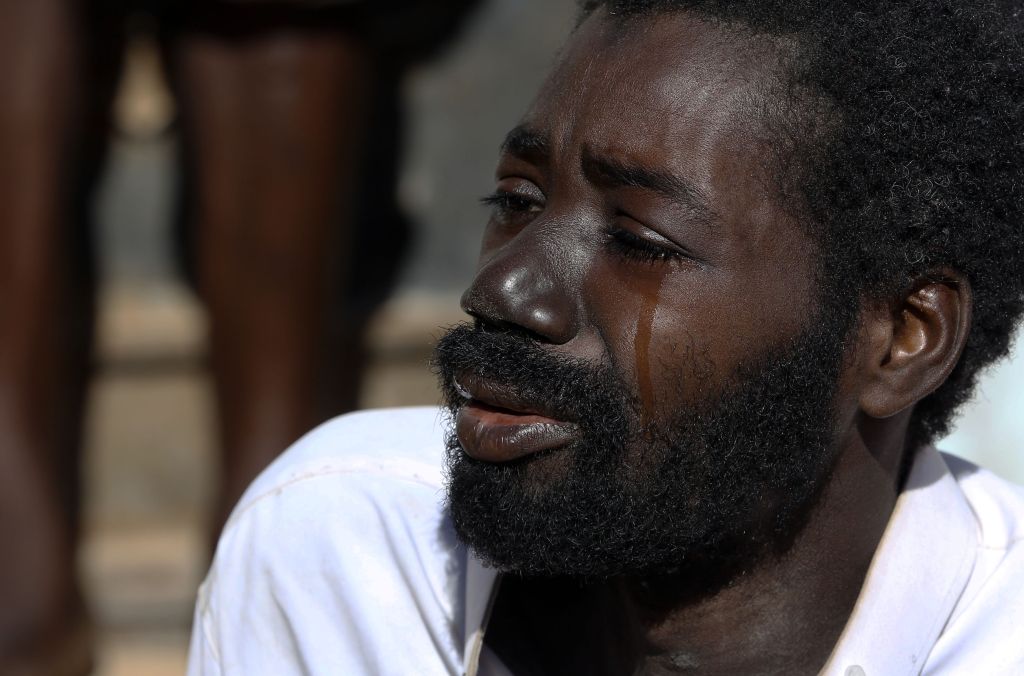 Amara, an African migrant from Mali, cries as he tells his story at a Safe House in the town of Bani Walid, on the edge of the desert 170 kilometres southeast of the Libyan capital Tripoli on December 12, 2017.

LIBYA – For migrants who escape torture and starvation at the hands of people traffickers, a "Safe House" in an oasis town offers a rare commodity in Libya: shelter and medical care.

Bani Walid, on the edge of the desert 170 kilometres (110 miles) southeast of the capital Tripoli, is a transit point on the way to the coast and perilous boat journeys across the Mediterranean to Europe.

With the old green flags of Moamer Kadhafi&39;s regime fluttering in the wind, time appears to have stood still in what was one of its last bastions before he was toppled and slain in the 2011 revolution.

The basic housing consists of rooms made of concrete bricks built around a central courtyard in the industrial zone of Bani Walid, a town outside the control of Libya&39;s UN-backed government in Tripoli.

Amara, a 30-year-old from Mali, is one of the lucky ones.

"There were three of us... ," he said, hesitating to hold back the tears before telling of how the other two died of starvation in one of the jails run by trafficking gangs extorting money from desperate migrants.

READ: UN stepping up efforts to get migrants home from Libya

"We told them we had no money to pay, so they only gave us food one day out of two," said the Malian with a gaunt face behind a full beard.

Seated on a breeze-block, Amara was unable to stand up on legs that bore the scars of eight months of being locked up and tortured.

One of his guards, having given up hope of any ransom being paid and taking pity on Amara, decided to let him go before he ended up the same way as his two companions.

According to a local official, Bani Walid numbers around 20 illegal detention centres or gathering points of migrants.

"I was planning to go to Europe so that I can live a better life, but unfortunately in this country... they can take your life at any moment," he said.

Lucky was kidnapped by a militia who demanded $2,000 to let him go.

"They beat me and destroyed my hand. They beat me morning and night," said the Nigerian with his hand in plaster, whose ordeal lasted three months.

He finally came up with the money after asking his family back home to sell a small plot of land he owned and transferring the funds.

Behind him was a fellow resident with tuberculosis who was spitting blood into a plastic bottle.

"Rasta, that man needs to be isolated, away from the others, until a doctor comes to examine him," said Salah Ghummaidh of a local activists group that runs the refuge housing around 400 migrants.

Rasta Moraba, a 32-year-old from the Ivory Coast, is a founder of the Safe House.

READ: &39;Slavery has no place in our world&39;: UN chief on Libya slave auctions

Having arrived in Libya two years ago to work, Rasta came across many migrants robbed of their possessions and left without shelter in the wild by kidnappers.

"I decided I had to do something... and I started to organise things here," with help from local residents, said Rasta.

Apart from running the Safe House, the "Association for Peace in Bani Walid" has set aside a two-hectare (five-acre) plot for a cemetery to bury migrants&39; corpses.

Between 30 and 40 are found in the area every month, said its chairman, Hatem Atawaijir.

"Most have died of hunger, but some of them carry signs of torture," he said.

The cemetery is set in a lunar landscape, an arid plot dotted with black volcanic rocks at the end of a stony track some 15 kilometres out of Bani Walid.

Diggers have carved out one-metre-wide (one-yard-wide) trenches, ready for the next anonymous victims to add to the 400 already buried.

On a visit to the grim scene, Atawaijir could not control his anger over what he termed the indifference of Libyan authorities and the international community.

"Their only concern is to prevent migrants reaching their side of the Mediterranean!" he fumed.

END_OF_DOCUMENT_TOKEN_TO_BE_REPLACED 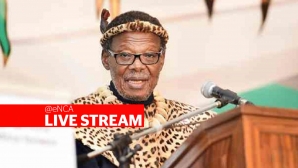 WATCH: Duarte on the outcomes of the NEC meeting