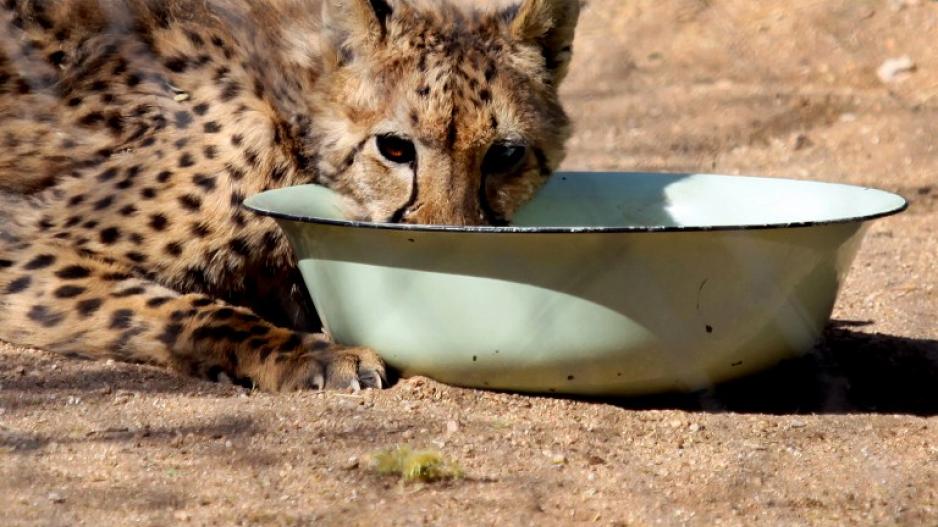 A cheetah eats at The Cheetah Conservation Fund (CCF) centre in Otjiwarongo, Namibia, on August 13.

"One tourism intern has sustained mild injuries," CCF said in a statement earlier.

"No animals were injured," it added, but 23 cheetahs at the reserve ran away, according to Tricorache.

Workers battling to contain the blaze at the centre in Otjiwarongo, 250 km north of the capital Windhoek were hampered by low water levels during the worst drought in decades in the southern African country.

"The visitor centre, including a storage room filled with educational and tourism materials, was burned to the ground, leaving only the walls standing," the centre said.

The conservation centre re-opened Thursday and would continue its work despite the setback.

Founded in 1990, CCF is a global leader in the wild cats&39; conservation.