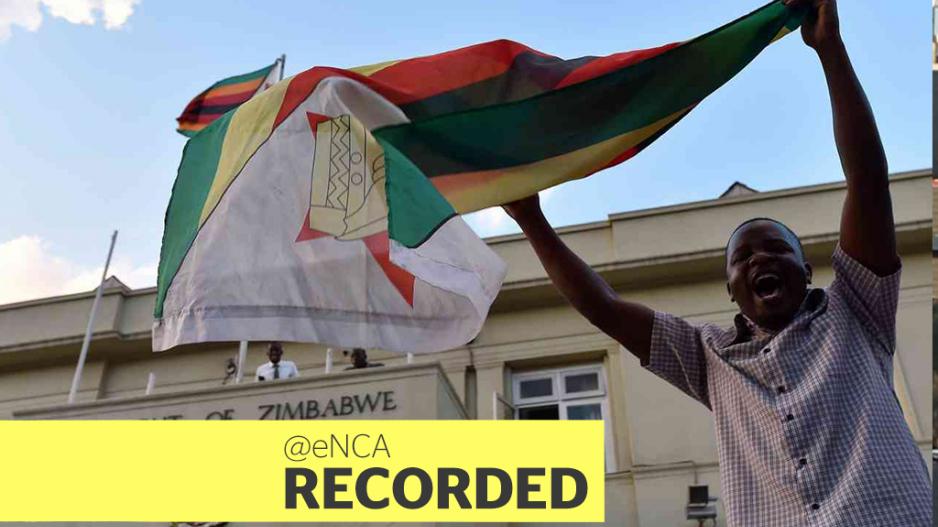 A man waves a flag as he celebrates the resignation of Zimbabwe's president Robert Mugabe.

HARARE - The African Union (AU) is sending an election observation mission to Zimbabwe as the country prepares to go to the polls.

Zimbabwe will hold a historic 30 July election, the first since the fall of Robert Mugabe.

The African Union conducts its election observation in accordance with the AU Charter on Democracy Elections and Governance and will also be guided by Zimbabwe’s constitution and legal framework governing the conduct of elections.

This as the United Nations (UN) on Tuesday warned of growing concern over alleged intimidation and threats of violence.

Elections during Mugabe&39;s 37-year reign were regularly marred by violence, but Zimbabwe&39;s new leader, President Emmerson Mnangagwa, has vowed to hold a peaceful and fair vote.

Mnangagwa, a ZANU-PF ruling party loyalist who took over from the ousted Mugabe in November, has invited international observers -- including previously-banned European Union and Commonwealth teams -- to the polls.

The opposition Movement for Democratic Change (MDC) party and civil action groups have expressed fears of violence if the election result is close or fraud is suspected.