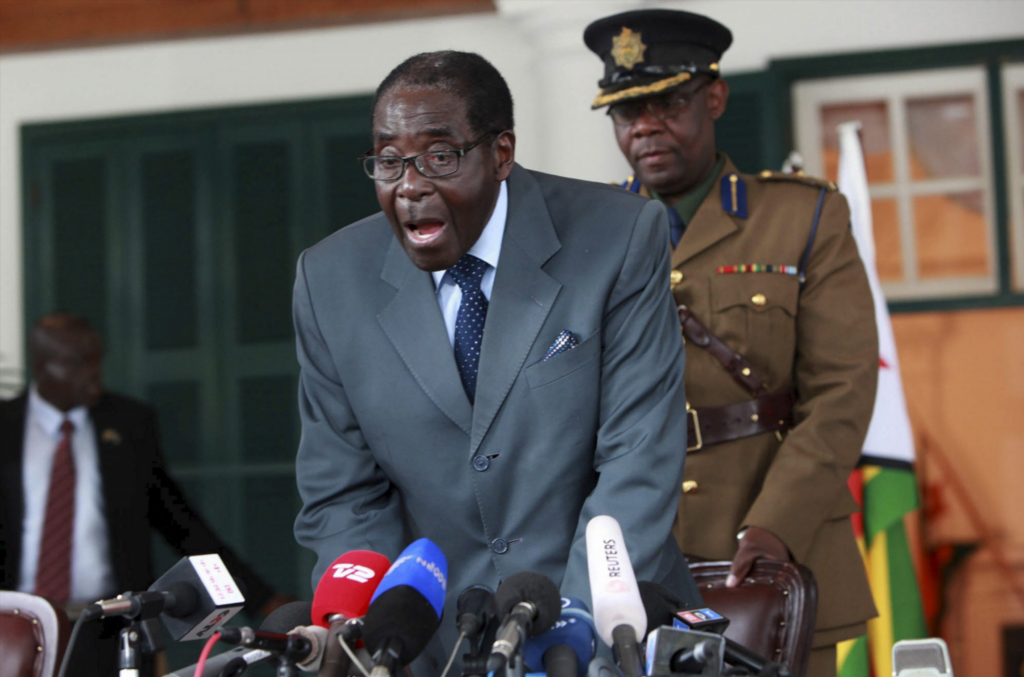 The embattled 93-year-old, the world&39;s oldest president, briefed the nation at State House in the capital Harare, surrounded by the army.

But he failed to resign as the country or party president, despite reports that he would.

Mugabe pledged to preside over a Zanu-PF congress in December, even though the ruling party had removed him earlier in the day.

The leader, who has been in power for 37 years, acknowledged criticism against him from Zanu-PF, the military and the public, but did not comment on the possibility of standing down.

It comes just days after the military stepped in to end a purge against those aligned with sacked vice president Emmerson Mnangagwa.

Mugabe&39;s party removed him from his post as Zanu-PF leader earlier on Sunday and he was given until noon on Monday to resign as state president or face impeachment.

Zimbabwe - @ThulasSims reminding viewers that the deadline given to Mugabe to step down is midday tomorrow. Courtesy DStv403 pic.twitter.com/0sxKFw3Lry