Lourenco: ex-general set to be Angola's next president 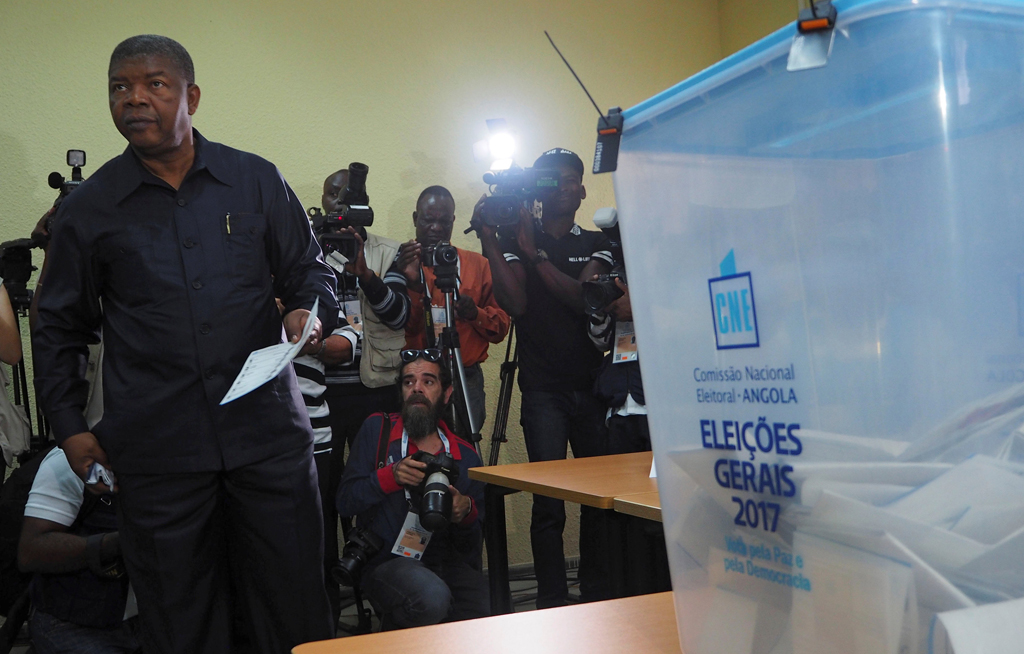 LUANDA - Angola's next president, Joao Lourenco, is a ruling party loyalist and former general who endured several years out of favour after angling for the top job in the 1990s.

Since then, Lourenco, 63, has convinced key regime players he is the right man to succeed Jose Eduardo dos Santos, who has ruled the oil-rich southwest African nation for 38 years.

As the deputy president of the People's Movement for the Liberation of Angola (MPLA) -- and defence minister until last month -- Lourenco is now "part of the inner circle of power", said Didier Peclard, an Angola specialist at the University of Geneva.

It was something of a turnaround for a man whose ambition nearly ended his career in the 1990s when Dos Santos hinted he might stand down. Lourenco failed to hide his desire to succeed him.

Dos Santos, believing the former general was being opportunistic, forced Lourenco into several years of "political purgatory", according to Peclard.

His apparent flirtation with resignation had been merely "a political manoeuvre to bring those in the party with ambitions out of the woodwork, and Joao Lourenco paid the price," he said.

Joao Manuel Goncalves Lourenco was born on March 5, 1954, in Lobito, in western Angola.

As a young man, he fought against the then colonial power Portugal. After Angola won its independence in 1975, he fought in the civil war that erupted between the MPLA government and UNITA rebels.

Like Dos Santos, Lourenco studied in the former Soviet Union, which trained a number of rising young African leaders during decolonisation.

He became political chief of the armed wing of the MPLA in the civil war -- a Cold War proxy conflict that drew in Cuban forces to fight alongside the MPLA, while CIA-backed militias opposed them.

In 1984, he was appointed governor of the eastern province of Moxico, Angola's largest, quickly rising through the MPLA hierarchy.

The ex-artillery general later led his party's group in parliament before becoming deputy speaker of the National Assembly.

His appointment as defence minister in 2014 secured his position as favoured successor to Dos Santos.

Now that he is to become president, his main challenge may be Angola's shift to free-market capitalism at a time when volatile oil prices are taking a heavy toll on the crude-dependent economy.

Lourenco "has a reasonable reputation as a moderate, not an extreme character," said Soren Kirk Jensen of the Chatham House research group in London.

"He is probably the right person to be the bridge as Angola goes through a transition."

Rumours abound that Dos Santos had hoped to hand over the reins of power to one of his children, one of whom, Isabel dos Santos, is Africa's first billionaire woman according to Forbes magazine.

But Jensen said that "there is speculation that high-ranked people in the party put their foot down against this."

Former political prisoner Nuno Alvaro Dala said that under Lourenco "power in Angola will continue to be militarised".

He is married to Ana Dias Lourenco, a former minister who also represented Angola at the World Bank. They have six children.