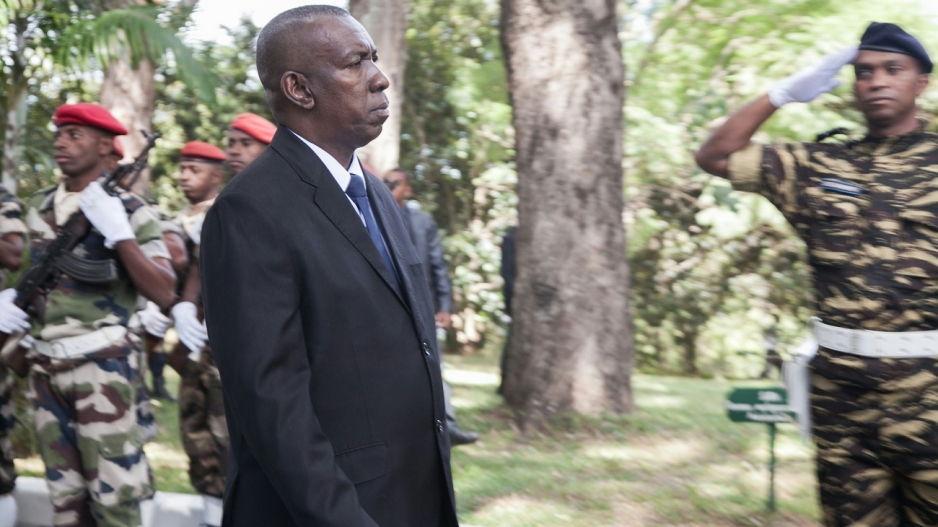 In this file photo taken on April 13, 2016, Olivier Mahafaly Solonandrasana (C), then Madagascar newly appointed Prime Minister arrives to take part in the swearing in ceremony at Mazoharivo Palace in Antananarivo.

ANTANANARIVO, Madagascar – Madagascar&39;s prime minister announced his resignation on Monday in the first step towards the naming of a "consensus" premier to resolve a political crisis sparked by controversial electoral reforms.

Madagascar has been rocked by violent protests since April 21 that initially sought to oppose the new laws the opposition said were crafted to bar their candidates from participating in elections planned for later this year.

The Constitutional Court ordered President Rajaonarimampianina to form a government of national unity with a "consensus prime minister" to avert a full-blown crisis. For that to happen, the current government was required to resign and the president was ordered to name a new prime minister by June 12.

"I will tender my resignation to the president today. As a statesman, I cannot be an obstacle to the life of the nation," Olivier Mahafaly Solonandrasana told a press briefing.

"I resign willingly and with happiness. I have no regrets today and I can leave with my head held high."

"I will leave this magnificent palace, (but) I tell you this is not &39;goodbye&39;," he added without giving details of his future plans.

No successor to Solonandrasana has yet been named.