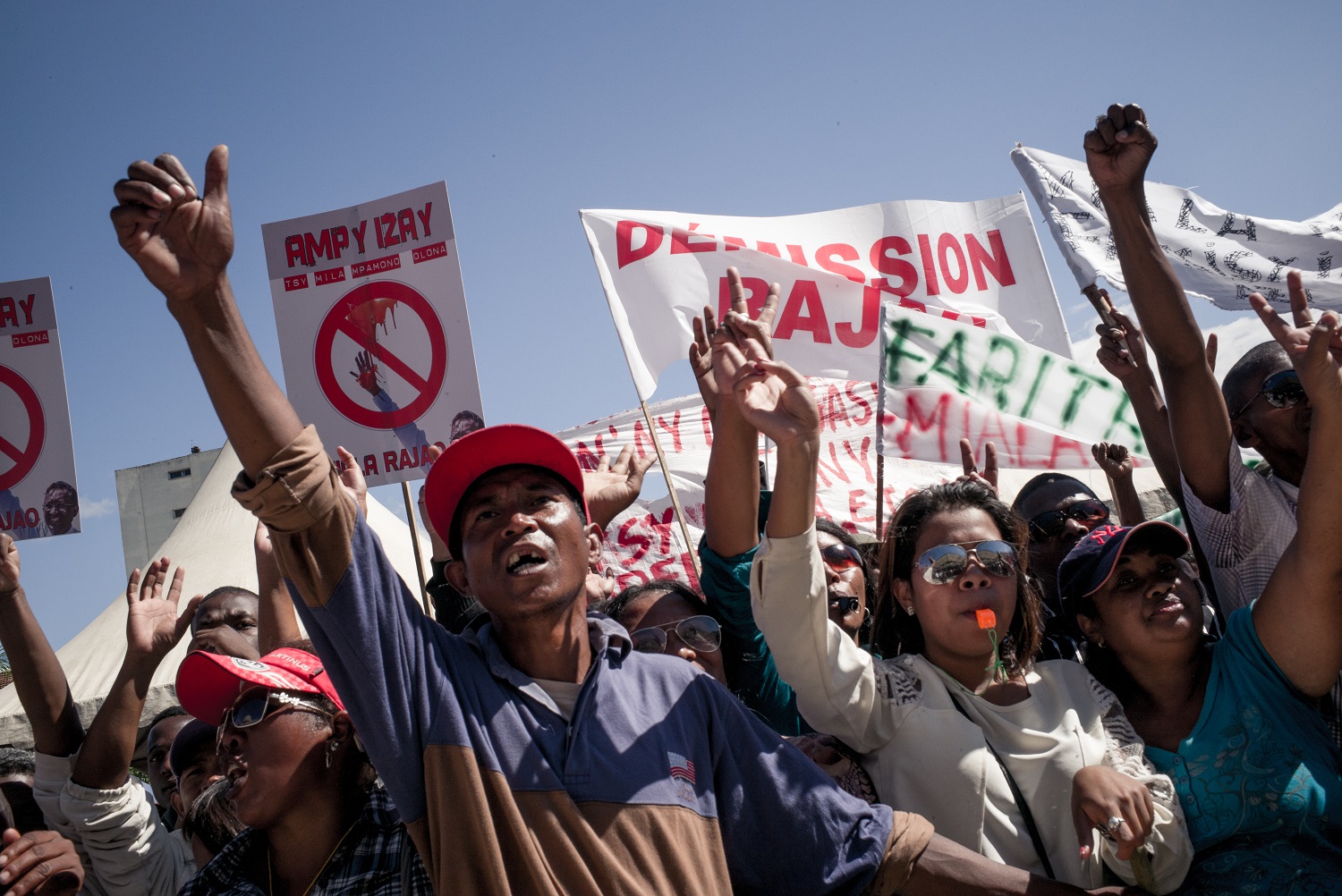 Supporters of Madagascar opposition demonstrate on a fifth straight day of anti-government protests on April 25, 2018 in Antananarivo, calling for the president to step down.

ANTANANARIVO, Madagascar – Madagascar&39;s ruling party said Saturday it was "open to" holding negotiations with the opposition, the day after a court ordered a coalition government to be formed to end the island&39;s political crisis.

The country has been rocked by violent protests against President Hery Rajaonarimampianina over electoral laws that the opposition says bar their candidates from participating in elections expected this year.

"The High Constitutional Court calls us to enter negotiations, so we are open to negotiations," HVM party lawmaker Philobert Milavonjy Andriasy told a crowd of more than 2,000 supporters at a stadium in the capital Antananarivo.

Since April 21, hundreds of opposition supporters have regularly occupied a square in the heart of the capital Antananarivo, demanding Rajaonarimampianina resign.

The row centres on new electoral legislation that critics say is loaded in the president&39;s favour.

Friday&39;s court ruling ordered him to dissolve the present government and for a consensus prime minister to be chosen.

It also said that the coalition government should organise early elections, and gave the government and opposition ten days to reach an agreement between themselves.

Speakers from the HVM party at Saturday&39;s rally stressed that they believed they still had popular support in the country.

"Today is just the beginning, but we are going to tour Madagascar to show that we are in the majority," said party leader Rivo Rakotovao.

The crisis has triggered international concern, with the African Union, the UN and regional bloc Southern African Development Community (SADC) all dispatching envoys.

Madagascar has seen a series of popular protest movements since gaining independence from France in 1960, often resulting in bloodshed.

Elected in 2013, Rajaonarimampianina has not yet announced whether he will stand for re-election.

But two former heads of state have already mooted runs: Marc Ravalomanana, who was president from 2002 to 2009, and Andry Rajoelina, who removed Ravalomanana during a coup.

The two former rivals have joined forces in the protests against the government.