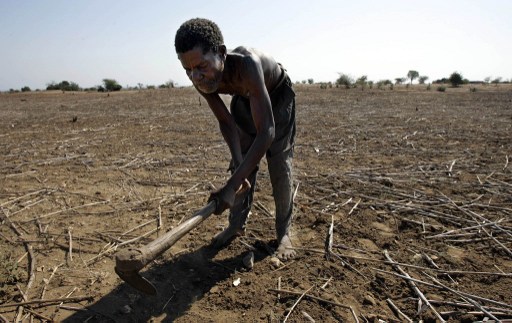 LILONGWE – Malawi&39;s President Peter Mutharika on Friday appealed to development partners and the world at large for more humanitarian assistance following the looming hunger affecting millions in the country.

Mutharika made the appeal in his State of the Nation Address delivered at Parliament Building in Malawi capital, Lilongwe, to mark the official opening of the country’s 46th session of Parliament.

The president said Malawi government developed a food insecurity response plan to provide humanitarian assistance to the affected people in the country and that the response plan required a total of $146,38-million (R2,07-billion).

He disclosed that so far, the World Bank, the European Commission, the US, the UK, Ireland, Brazil, and Italy had provided assistance amounting to $40,86m.

“Through this parliament, we wish to register our thanks to the above mentioned development partners,” said Mutharika, adding, “with this support, the resource gap is now $105,52m.”

“I reiterate the Malawi government’s further appeal for humanitarian assistance,” the president said.

Mutharika said the country was in need of humanitarian support because people produced less maize due to floods and drought.

He said production of other major food crops did not do well either and that about 2,8-million people in 25 districts were unable to meet their food requirements.

“This represents 17 percent of the country’s total population,” said Mutharika.

In its 2015/2016 budget, the Malawi government allocated over $14m for restocking the country’s strategic grain reserves.

Mutharika said the country had bought 30,000 tons of maize from Zambia, and that the country’s National Food Reserve Agency was procuring 25,000 tons to supplement the 66,000 tons it already had.

“Malawians must understand the changing times we live in and we must work and endure our painful path to economic sovereignty; and we must do what it takes to end the suffering of our people,” he said.