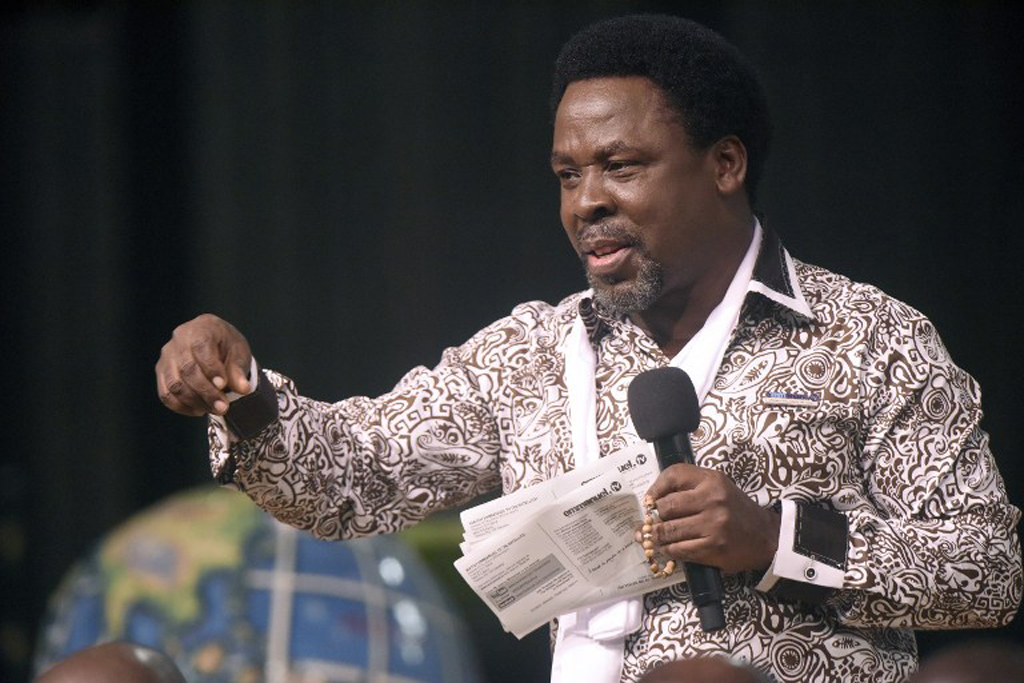 Nigerian pastor TB Joshua speaks during a New Year's memorial service for the South African relatives of those killed in a building collapse at his Lagos megachurch on 31 December, 2014.

BLANTYRE - Malawian President Peter Mutharika on Sunday attacked a popular Nigerian television evangelist over an alleged prophecy that he would die before April 1, state television reported.

"I&39;m told there is a man in Nigeria called Joshua and he is saying that Zimbabwe President Robert Mugabe and Peter Mutharika will die before April 1," he said, referring to an evangelical preacher called TB Joshua.

"Let me tell you, Joshua... you will fail. What you did in 2012 will not happen again this year," the president told a rally in the capital Lilongwe.

In 2012, Joshua reportedly predicted the death of a president of an unnamed southern African country. Mutharika&39;s brother, Bingu, who was president at the time, did die within the predicted timeframe, giving the prophesy strong currency in Malawi.

‘I Will Not Die Before April 1st’, Malawian President Rejects Prophecy By TB Joshua https://t.co/laK7G4G2Bw pic.twitter.com/8LiLbfnrPp

Mutharika did not say when or where Joshua made the latest prophesy.

In January, Joshua reportedly gave a televised prophecy, telling his congregation to pray for the leaders in southern Africa, saying: "End of February to April this year, peculiar months for Southern Africa."

But Mutharika questioned Joshua&39;s credentials as a prophet, pointing to the collapse of a guesthouse in his sprawling Synagogue Church of All Nations (SCOAN) in Lagos in September 2014, which left 116 people dead, mostly South Africans.

"Why did he not foretell this tragedy?

"This all shows that he is a liar. He just wants to raise money," said Mutharika, who is in his mid 70s, pledging to be around in 2019 for the next presidential elections, and in also 2024, when -- if reelected -- he will wrap up his last term.

Mutharika came to power in 2014 after defeating Joyce Banda.

Banda, who succeeded Bingu Mutharika, made several visits to the Nigerian headquarters of Joshua&39;s church and once described the evangelist as her "spiritual father".