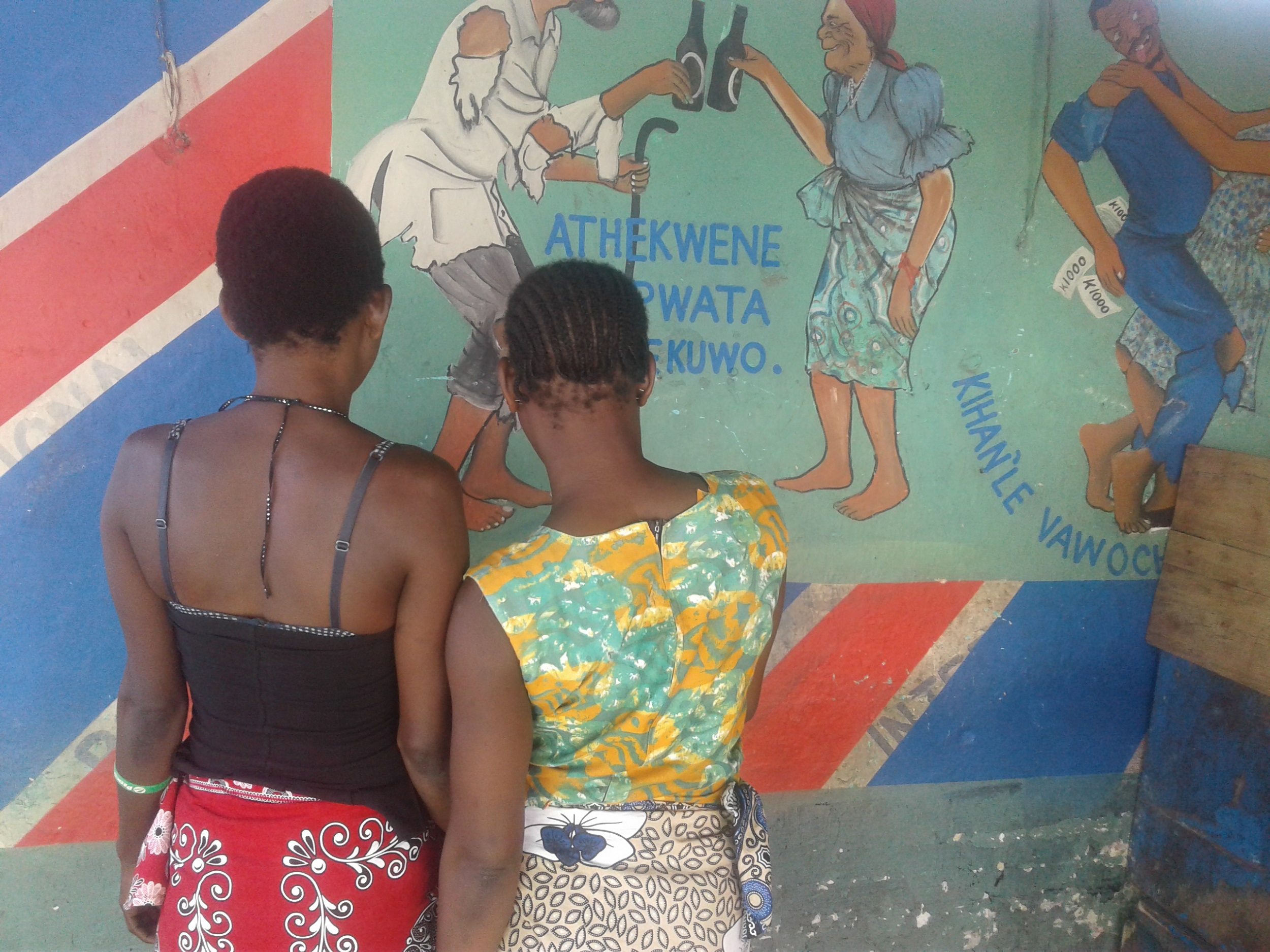 Memory Chitsulo (pictured left), who was pushed into prostitution after her husband left her, talks to a friend outside the bar where she works in Luchenza, southern Malawi.

LUCHENZA, Malawi - When Memory Chitsulo was still in school in Malawi she married a man a decade older. But her husband soon left for South Africa, abandoning her with a baby. Desperate for money, the teenager turned to sex work.

Charities in the southern African country say child brides are increasingly being pushed into prostitution as growing numbers of early marriages break down.

"My parents died in a bus accident when I was 14. I got married since no one could take care of me. But he immediately left for South Africa as he couldn&39;t find work here," said Chitsulo.

"He stopped calling after two years. It&39;s been 10 years now," added the mother-of-two, now 25, who works from a brothel in Luchenza in southern Malawi.

Although child marriage is illegal, nearly half of girls in Malawi are wed before their eighteenth birthday and 9 percent before they turn 15, according to the U.N. children&39;s agency UNICEF.

But charities say many child marriages have collapsed as poverty and unemployment drive tens of thousands of young Malawian men to seek work in South Africa.

"Many girls don&39;t survive early marriages, either because they face abuse and violence by their older partners, or because they are abandoned by men who go to South Africa," said Forbes Msiska, executive director of Badilika, a charity supporting vulnerable girls with vocational training.

"I&39;ve talked to some young women who were left by their husbands who went to South Africa, but they don&39;t receive any financial support from their men. They said they ended up prostituting in order to survive and support their children."

Maxwell Matewele, executive director of the charity Eye of the Child, said there had been a visible increase in the number of children forced into prostitution.

He said most girls were aged 14 to 18 years, but that he had come across some as young as nine.

Matewele called for the government to do more to address the root causes of child prostitution and for tougher legislation.

The government said it was aware of an increase in the number of young sex workers in the country, but could not say whether the breakdown in child marriages was a factor.

A few years ago it was highly unusual to see sex workers outside Malawi&39;s cities, but they are increasingly pitching up in rural settlements as competition in urban areas drives them to find new clients.

Many work from drinking joints which have proliferated across Malawi.

In Namisasi, a quiet and unremarkable trading settlement in southern Malawi, villagers were astonished last year when eight sex workers arrived with their babies and set up business.

Joyce Masamba, a 27-year-old mother-of-three, works out of a pub seeing up to three clients a day – mostly local businessmen. She earns about 1,000 Malawi Kwacha ($1.40) a client.

"I was forced out of school to marry when I was 15," she told the Thomson Reuters Foundation outside the noisy bar where she works.

"I gave birth the same year but the man, who was 10 years older, started going out with other women. When I confronted him, he left me and the baby. Sex work was the only option I had to care for the baby and myself."

Masamba now has three young children who live with her in a room at the bar provided by the owner. She hopes to give them the chances she hasn&39;t had, but money is tight.

"I can&39;t even fully feed and clothe my children," she said. "Goodness knows how I&39;ll support them when they reach secondary school and need things like school fees."

Experts say early marriage not only destroys a girl&39;s future but also perpetuates intergenerational poverty - children of parents with no education or skills are unlikely to break out of the poverty trap.

Earlier this year, Malawi&39;s minister of gender, Jean Kalilani, described child marriage as "a huge threat" to the country&39;s economic and social development.

Malawi outlawed child marriage in 2015 and amended its constitution to ban marriage under 18 earlier this year.

The government says the law and other initiatives are already having an impact, but charities say it will take a lot more to end a deeply entrenched practice.

"All my colleagues here and I were married off and had children before the age of 18," said Masamba, referring to the other women who work at the bar.

"When I look back I don&39;t think I should have been married off so young, but that&39;s what everybody was doing. It&39;s embedded in our culture."