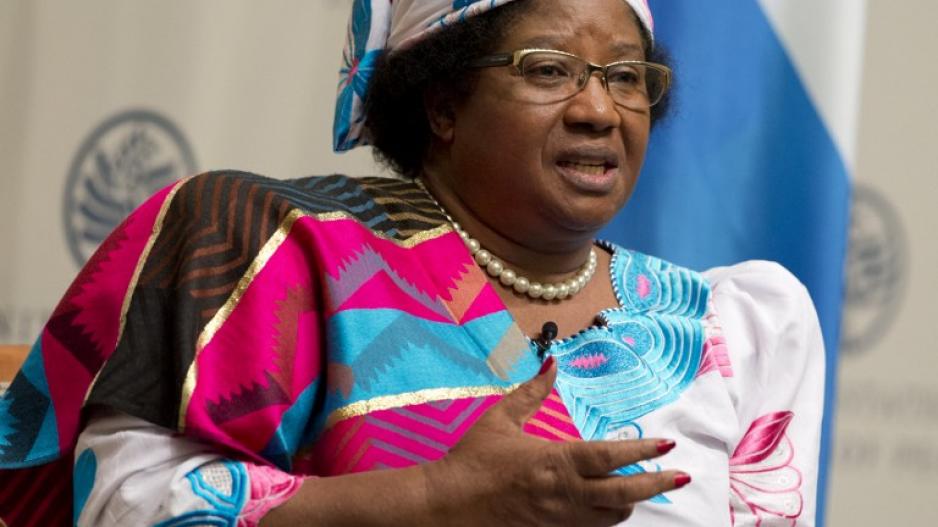 Malawi's President Joyce Banda has come under scrutiny for her migrant labour agreements.

BLANTYRE - Malawi President Joyce Banda has received death threats since the uncovering of a high-level fraud scandal that forced her to dissolve the cabinet, the country&39;s information minister said.

"President Banda has been receiving death threats. Some of the threats have come from outside the country," Brown Mpinganjira told state radio on Monday.

He said police were investigating the threats.

On October 10, Banda dissolved her cabinet over a graft scandal dubbed the Capital Hill cash-gate, where top official are suspected of swindling more than $3 million (2.2 million euros) from state coffers.

"It all shows how serious the battle against fraud and corruption is," said Mpinganjira, referring to threats.

Two weeks ago, a budget director in the ministry of finance, Paul Mphwiyo, who had been investigating a fraud ring accused of siphoning millions of dollars from the state was shot outside his home.

Banda, who is the country&39;s first female president, came to power in 2012 after the death of Bingu wa Mutharika.

Prosecutors estimate that as much as one-third of the impoverished country&39;s revenue is lost to fraud and graft-linked payouts.

About 40 percent of Malawi&39;s national budget comes from aid and some countries have repeatedly voiced concern over corruption.

The European Union has threatened to suspend aid to Malawi after the scandal and Norway has halted funds.