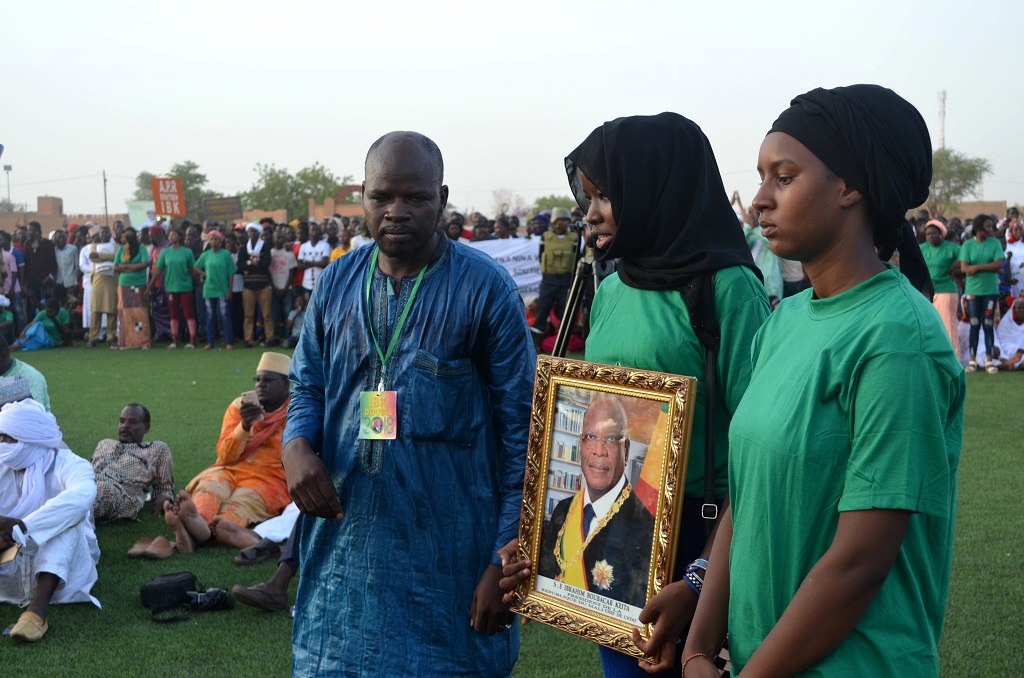 Supporters of Malian incumbent president Ibrahim Boubacar Keita wait at the Gao stadium on 18 July 2018 for a presidential campaign rally.

BAMAKO - The team of the leading opposition candidate in Mali&39;s upcoming presidential election claimed Friday that there were "substantial anomalies" in the electoral register and warned of a possible "massive attempt at fraud" in the 29 July vote.

Speaking at a news conference in Bamako, the campaign manager of opposition frontrunner, Soumaila Cisse, said the electoral register published online on 4 July was "totally different" from the one audited by the International Organisation of Francophonie on 27 April.

The number of names on the online register totalled 8,105,154 voters, more than the 8,000,462 counted by the IOF, campaign manager Tiebile Drame said.

"It&39;s nothing more and nothing less than a parallel register," he said, adding that it would provide a "comfortable" basis for fraud.

"We will not go to elections with such a register," Drame said.

In addition, if the number of registered voters was added up village by village, there would be as many as 488,000 more voters than the official total, he argued.

A thousand offices were listed in several municipalities, giving rise to "a potential 477,000 fictitious votes" and essential information was missing on the electoral register of constituencies abroad, affecting around 450,000 voters, the campaign manager continued.

The number of potentially fraudulent votes could, therefore, amount to 1.241 million, not including Malians living abroad, he said.

Prime Minister Soumeylou Boubeye Maiga, who received a delegation led by Drame on Friday, said he was grateful for the information and reasserted that the government remained open to "dialogue and any initiative to strengthen confidence in the electoral process".

Despite ongoing violence in the centre and the north of the country, preparations for the vote are still going ahead with the help of the UN&39;s Mali mission, MINUSMA, which has transported more than 70 tons of electoral material since the beginning of June.

More than 62 percent of voters have already received their voting cards, the government said and has declared Friday and Monday as public holidays to help facilitate the distribution of the cards.

Mali&39;s incumbent president Ibrahima Boubacar Keita, who took office in 2013, and opposition frontrunner Cisse are expected to be the two main candidates in a field of 24 hopefuls.