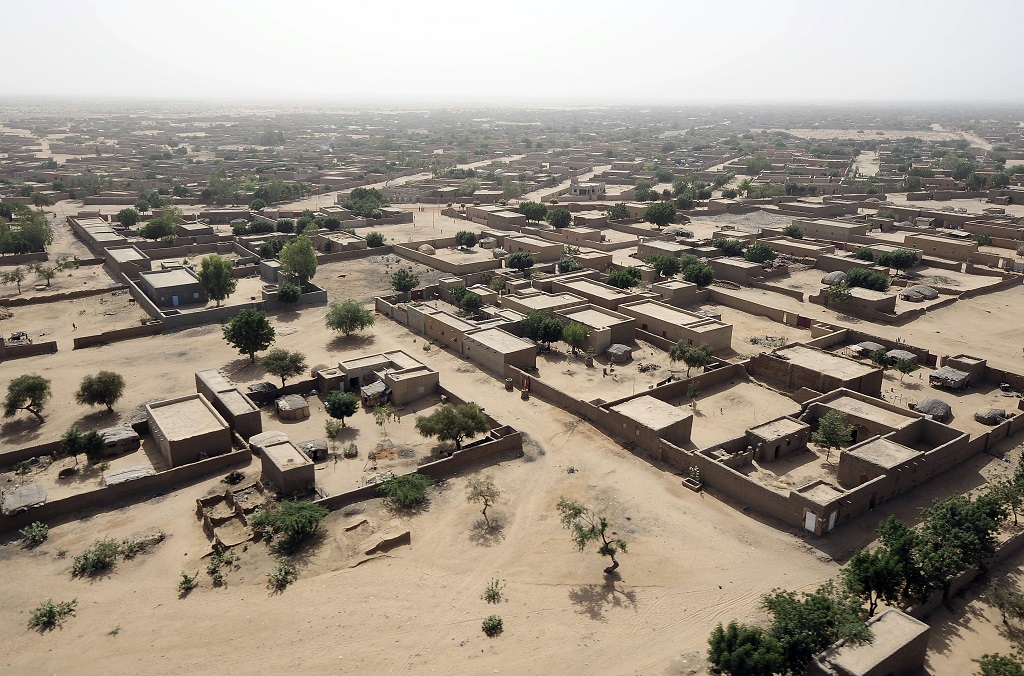 An aerial view of Gao, northern Mali, where A Frenchwoman who runs an aid group has been kidnapped.

NAMAKO – Five Malian soldiers were killed when their vehicle hit a landmine in the centre of the country on Wednesday, military sources told AFP.

The explosion occurred between the central Segou and Mopti regions.

"We have lost five men. Their vehicle set off a mine. They were all in the same vehicle," a Malian military official said.

Another Malian military source confirmed the blast and blamed "terrorists" for the killings, without naming any group.

Explosive devices and ambushes have been frequently used against Malian and UN forces, which arrived in 2013 to fight Islamists.

Northern Mali fell to jihadist groups linked to Al-Qaeda from March 2012. These forces were driven out of key towns by a French-led military intervention the following year.

Barely a week goes by without attacks on security forces despite a peace pact signed following lengthy negotiations between the government, groups backing it and ethnic Tuareg rebels.