Malians prepare to vote under shadow of terror threat 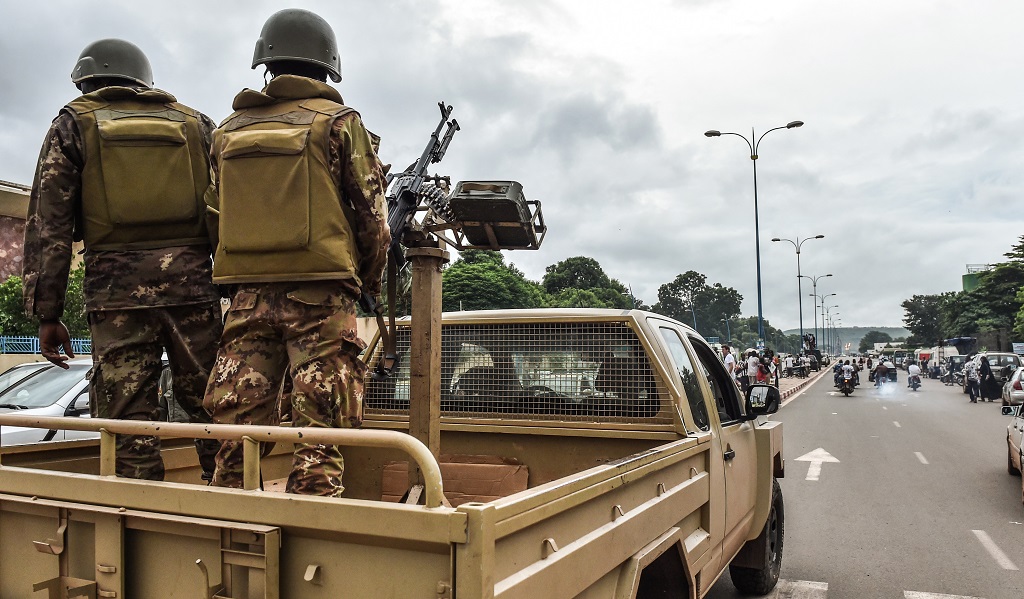 File: Malian soldiers patrol in the streets of Bamako on July 27, 2018, on the last day of campaigning before July 29 presidential election.

While polls suggest Keita, 71, is favourite to see off 23 rivals in the poll, the main Al-Qaeda-linked jhadist alliance made its presence felt on the final day of campaigning Friday, dubbing the election a "mirage" that would do nothing for the Malian people.

"These elections are nothing other than the pursuit of a mirage and our peoples will reap nothing but illusions, as they are used to doing," said alliance leader Iyad Ag Ghaly.

Ag Ghaly was the linchpin of the jihadists&39; operation to take control of much of the north of the country in 2012 who leads the Group to Support Islam and Muslims (GSIM), formed from a merger of several militant groups.

The international community expects the winner to relaunch a peace accord signed in 2015 by the government and mainly Tuareg former rebels but whose application remains out of reach.

Despite the accord, jihadist violence has continued and also spread out from the north towards the centre and south of the country amid repeated states of emergency, the unrest permeating neighbouring Burkina Faso and Niger.

Keita&39;s chief rival according to polls is Soumaila Cisse, 68, a former finance and economy minister, who lost by a large margin in the second round in 2013.

Djeneba N&39;Diaye, who has no political background, is the only female standing, urging voters to give a woman a chance "because the men have failed."

More than eight million Malians are due to vote in the poll with provisional official results due August 3 at the latest with a second round on August 12 if required.

Inter-ethnic communal violence has only added to a volatile mix in the Sahel nation.

On July 17, the UN High Commissioner for Human Rights (UNHCR) said at least 289 civilians had died in "inter-communal violence" since the start of the year, mainly in the central region of Mopti.

According to the security ministry, some 30,000 security personnel, including foreign troops, have been drafted for election day.

But UN mission chief Mahamat Saleh Annadif urged vigilance in a radio interview in which he found only "minimal (security) conditions" were in place.

In northern regions where the government has little say in local affairs, armed groups who signed the peace accord will also guard ballot boxes.

Baba Mahamane Toure, a resident of Timbuktu, told AFP that "from 1990 until now, little effort has been made in terms of infrastructure for northern regions," adding he didn&39;t know who to vote for.

Top challengers to Keita, elected in 2013, aside from Cisse, include former transitional prime minister Cheick Modibo Diarra, an astrophysicist who held that office for eight months in 2012, and Aliou Boubacar Diallo, a businessman.

Turnout is traditionally less than 50 percent in a country where less than one third of those aged over 15 are literate.

The governor of the central region of Mopti (centre), General Sidi Alassane Toure, said he was "very optimistic" regional participation would be high, with more than three-quarters of voters having procured a voter&39;s registration card.

Not everyone shared his optimism.

"We are going to vote but we are very afraid, afraid for our children, our husbands, our brothers, sisters, for everything," said Hawa Cisse, of the "Let&39;s Save Mopti" platform.

"We can&39;t even go to the market, we can&39;t go beyond the river" Niger, she complained, reflecting on a campaign that has seen rows over electoral lists and opposition claims of ballot rigging owing to differences between the physical voter list and the online variant.

The government says there is only one list and any anomalies are down to an IT glitch.

"The elections must first take place before we can speak of (electoral) fraud," he opined.