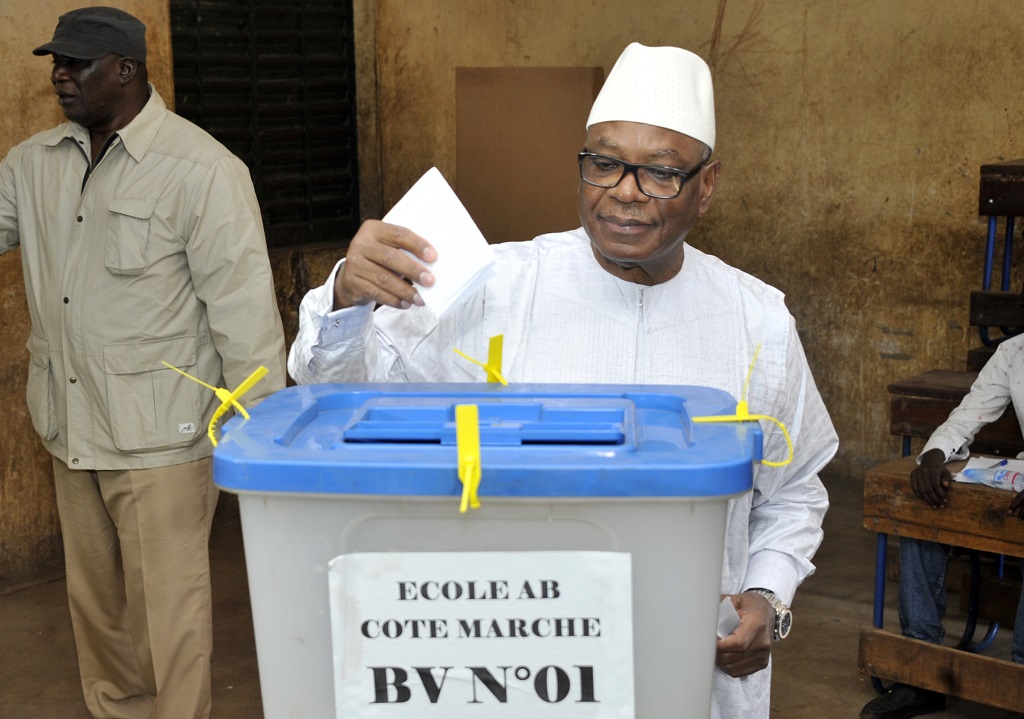 Malian President Ibrahim Boubacar Keita casts his ballot at a polling station in Bamako during municipal elections on November 20, 2016.

BAMAKO – Mali&39;s government said it has delayed regional elections from December to April amid security concerns caused by the spreading reach of Islamist militants.

Mali has struggled to deal with insurgents and sectarian infighting this year despite international military interventions and a 2015 peace deal, and much of the country&39;s north remains beyond government control.

Four United Nations peacekeepers and a Malian soldier were killed and 21 people wounded in two separate attacks in the centre of the arid West African country on Friday.

The government said in a statement that it wants to delay the regional elections, which were originally scheduled for December 17, "in order to organise inclusive elections in a peaceful atmosphere".

It was not clear if the delay would affect the timing of presidential elections scheduled for July. Opposition politicians expressed concern that the security situation is unlikely to improve by April.

"The government would not even set the date of the (regional) elections because it does not control the security situation," said Abouacar Sidick Fomba, chairman of the ADEPM party. "There is no evidence that the situation will improve by that date."

Militants seized Mali&39;s desert north in 2012 before being forced back by French military intervention in 2013. But over the last two years they have reemerged as a major threat to security in Mali and across its vast, porous desert borders in Niger, Burkina Faso and beyond.