Masses march in Niger to back budget 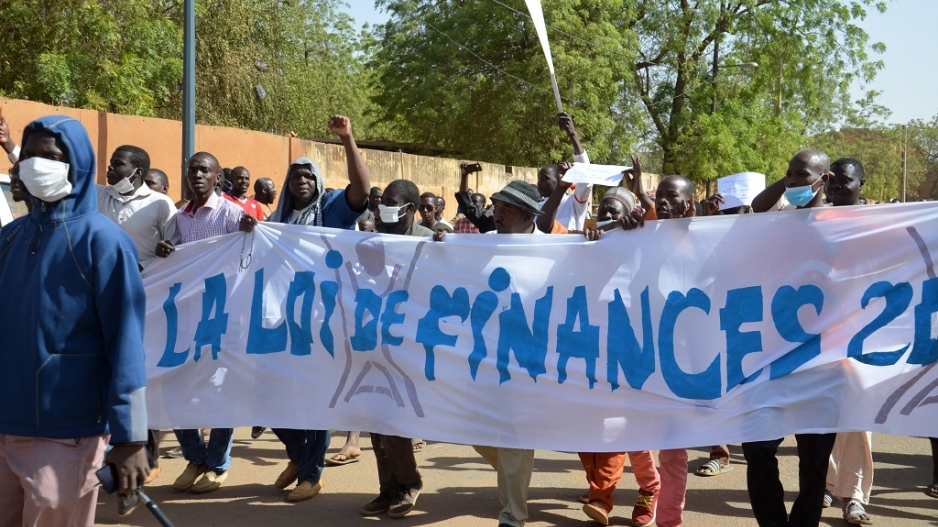 Demonstrators march in Niamey to protest against Niger's 2018 budget law on January 14, 2018.

NIAMEY - Tens of thousands of supporters of Nigerien President Mahamadou Issoufou marched in the capital, Niamey, on Sunday after a number of opposition protests against the 2018 budget, which they say favours big business.

Wearing T-shirts and brandishing banners in the colours of the ruling party, demonstrators held aloft images of Issoufou as they made their way to the national parliament building.

Since its announcement in October, opposition groups have demanded the cancellation of this year&39;s budget, which they allege will squeeze poor workers in favour of previsions worth 30 million euros to telecoms firms.

"We have the historic duty to continue the fight until our just and legitimate demands are satisfied," said opposition figure Nouhou Arzika on Sunday.

Finance Minister Hassoumi Massoudou defended the proposed budget this week and vowed the government would not be cowed by demonstrations.

He told a gathering of regional officials that the new law contains "virtually no measure" affecting the countryside, where 80 percent of Nigeriens live and work.