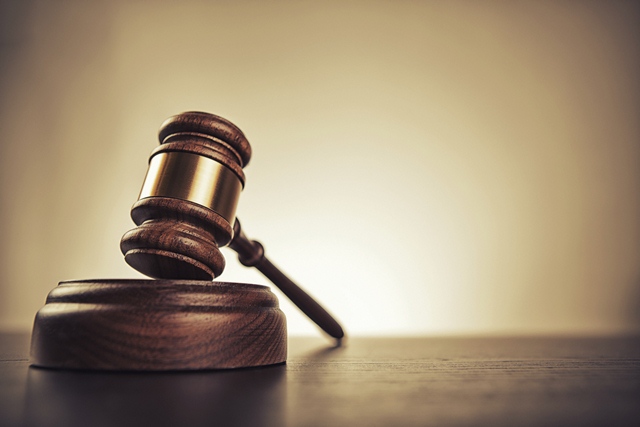 NOUAKCHOTT - A Muslim man has become the first person to be sentenced to death for apostasy in Mauritania since independence in 1960 after a court ruled he had written something blasphemous.

Mohamed Cheikh Ould Mohamed, who is around 30 years old, fainted when the ruling was read out late Wednesday in a court in Nouadhibou in the northwest of the country, a judicial source told AFP.

The defendant -- who has been detained since January 2 and pleaded not guilty to the charge when proceedings opened on Tuesday -- was revived and taken to prison, the source added.

Sharia, or Islamic, law is in effect in Mauritania but the enforcement of strict punishments -- such as floggings -- have been rare since the 1980s.

Mauritania has the death penalty but has not executed anyone since 1987, according to human rights organisation Amnesty International.

Such sentences were mainly reserved for murder and acts of terrorism.

During the hearing the judge told Mohamed that he was accused of apostasy "for speaking lightly of the Prophet Mohammed" in an article which was published briefly on several Mauritanian websites.

In it he challenged some the decisions taken by Islam&39;s prophet and his companions during the holy wars, the source told AFP on condition of anonymity.

He also accused Mauritanian society of perpetuating "an iniquitous social order" and defended those at the bottom rungs of society who he described as "marginalised and discriminated against from birth".

Mohamed, named by some local media outlets as Cheikh Ould Mohamed Ould Mkheitir, explained that it was "not his intention to harm the prophet", the source added.

His lawyer asked for leniency as he said his client was repentant but the judge agreed to the prosecutor&39;s request for the death penalty.

No information was immediately available on whether Mohamed would appeal.

Local Islamic organisations said it was the first time text critical of Islam had been published in the country.

The verdict was met with shouts of joy from the gallery, while on the streets there were jubilant scenes as cars sounded their horns.