Mauritanians protest in support of execution of infidel 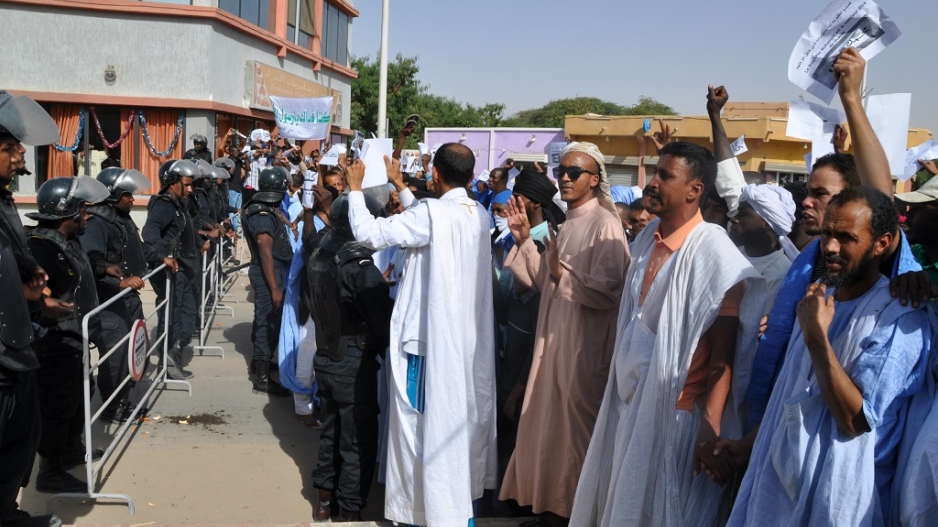 Muslims in Nouakchott demonstrate against a cartoon of the Prophet Mohammed published by Charlie Hebdo, 16 Jan. 2015. Hundreds of Mauritanians demonstrated on 16 Nov 2016 calling for the execution of a local blogger for "insulting" the prophet.

JOHANNESBURG – Hundreds of Mauritanians are supporting the execution of a blogger accused of insulting the Prophet Muhammad.

On Tuesday, protesters in Nouakchott called for blogger Cheikh Ould Mohamed Ould Mkheitir to be put to death as Mauritania’s high court considered whether the death penalty should be carried out.

The protests were in response to a call by Muslim leaders who on Sunday declared a “fatwa” that Mkheitir be put to death, and who also organised Tuesday’s demonstration, AFP reported.

Mkheitir was initially sentenced to death for apostasy in 2014 over a blog post deemed insulting to the prophet. Though his crime was downgraded by an appeal court, the accompanying death sentence was not lifted.

The allegedly blasphemous blog post had also attacked “an iniquitous social order” in Mauritania, with an underclass descended from slaves that was “marginalised and discriminated against from birth”.

Modern-day slavery under a hereditary system of servitude forces members of the “slave” caste to work without pay as cattle herders and domestic servants, despite an official ban.

Many Mauritanians live below the poverty line while there is huge disparity between the Arabised moorish elites and the country’s black population.

A defence lawyer subsequently told AFP the court had examined Mkheitir’s case and would deliver its verdict on December 20.