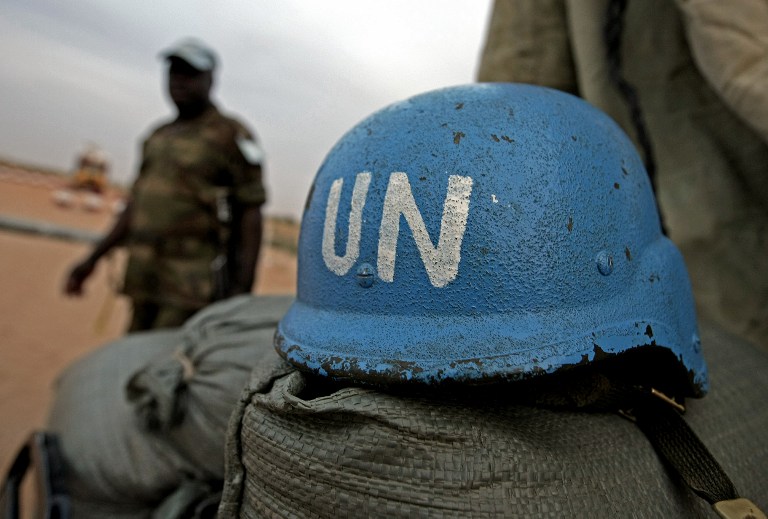 BAMAKO - Militants disguised as UN peacekeepers exploded two suicide car bombs and fired dozens of rockets at the French and United Nations bases in Mali&39;s northern city of Timbuktu on Saturday, killing one and wounding many, Malian authorities said.

The UN mission confirmed that the complex attack had killed a UN peacekeeper. The Malian government said in addition that 10 French soldiers had been wounded, but the French mission did not immediately respond to a request for comment.

"Terrorists wearing blue helmets aboard two cars laden with explosives, including one in the colours of the Malian army and another with a &39;UN&39; written in it, attempted to infiltrate these camps," the Malian government statement said.

"The situation is now under control."

UN peacekeeping and French military forces stationed in northern Mali have been under near-constant attack over the past year by determined and well-armed jihadist groups seen as the gravest threat to security across Africa&39;s Sahel region.

But even by the standards of Mali&39;s increasingly emboldened Islamist fighters, Saturday&39;s attempted breach of two foreign bases at once was ambitious.

"MINUSMA confirms a significant complex attack on its camp in Timbuktu mortars, exchange of fire, vehicle suicide bomb attack," the mission tweeted. "One blue helmet was killed in the exchange of fire."

The United Nations last month said 162 people deployed in Mali have been killed since 2013, making it the world&39;s deadliest peacekeeping operation to date.

A 2015 peace deal signed by Mali&39;s government and separatist groups has failed to end violence in northern Mali by Islamists, who have also staged assaults on high-profile targets in the capital, Bamako, Burkina Faso and Ivory Coast.

French forces intervened in 2013 to drive back Islamist fighters who had hijacked a Tuareg uprising a year earlier, and some 4,000 French troops remain. The UN Security Council then deployed peacekeepers to the country, but they have been targets of a concerted guerrilla campaign.