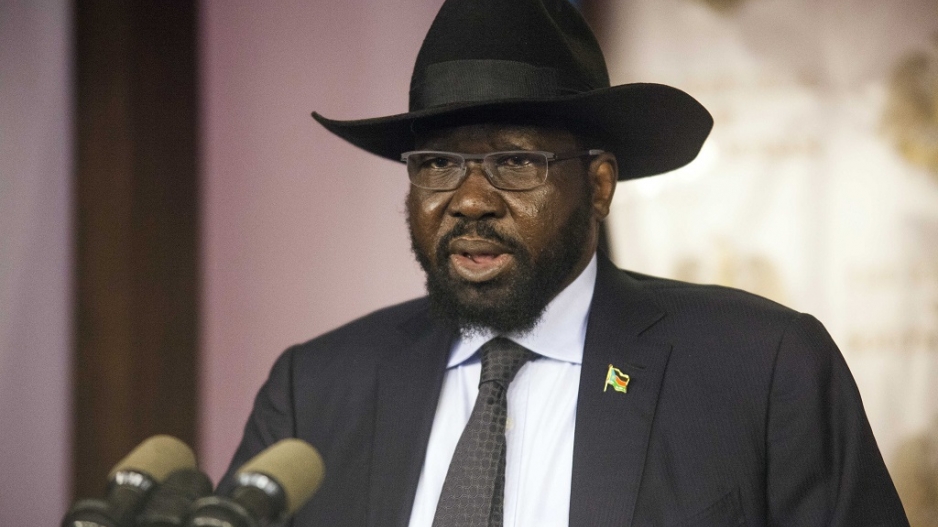 President of the Republic of South Sudan, Salva Kiir Mayardit, makes an address on July 9, 2017, to government officials and memebers of the media at the State House in Juba, South Sudan.

The warning came from the US Envoy to the United Nations, Nikki Haley, who is on a tour of the area, during a meeting on Wednesday with Kiir in the capital Juba.

Three main topics were discussed during the detente, including the revitalisation of the peace agreement, the permanent ceasefire, the cessation of hostilities and access to humanitarian aid.

The American diplomat warned that Washington had reached the point of no longer talking but considering military force to stop the ongoing violence and abuses being committed in the country.

Kiir responded saying he would actively participate in the revitalisation of the peace agreement, declare a permanent ceasefire, cease hostilities and grant unhindered access to humanitarian organisations so they could carry out critically needed relief.

The South Sudan peace deal was signed on August 26, 2015, by Kiir and rebel leader Riek Machar, as an attempt by the warring factions to end their fighting in the five-year-old country.

Machar returned to Juba in April 2016 shortly after the long-awaited transitional government of national unity (TGoNU) was formed which was meant to administer the country for the next two and a half years, pending elections.

However, clashes broke out between his supporters and government forces in July and he fled the world’s newest country, claiming his life was in danger, before finding refuge in South Africa.

Over a million people have fled South Sudan since conflict erupted in December 2013 when Kiir sacked Machar from the vice-presidency.

Tens of thousands of people have been killed and nearly two million displaced in South Sudan’s worst violence since it seceded from Sudan in July 2011.