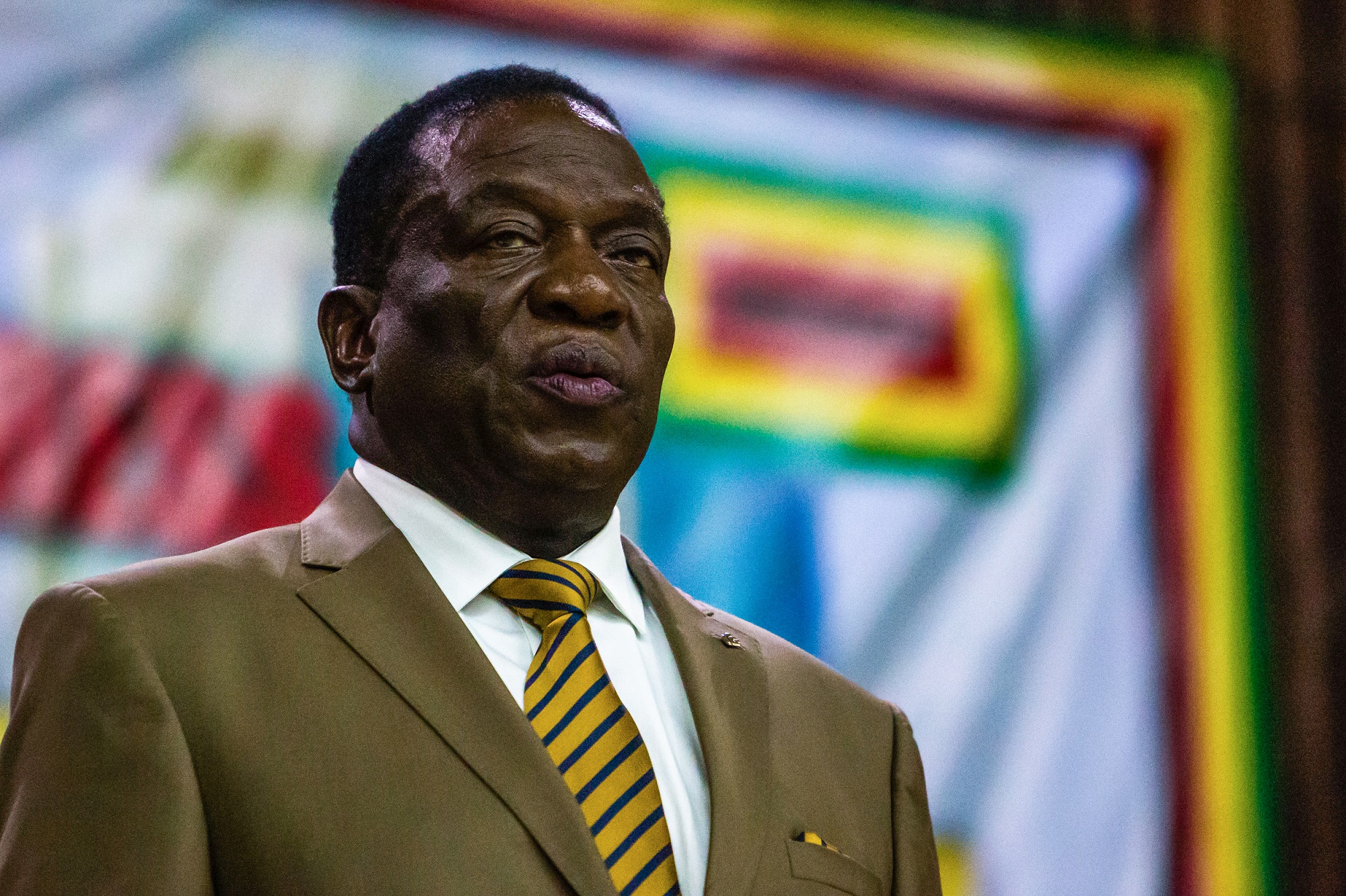 HARARE ? President Emmerson Mnangagwa has told Zanu PF youth that he is not happy with reports that his predecessor, Robert Mugabe, is linked to a new political outfit, the National Patriotic Front (NPF).

Mnangagwa said this while addressing Zanu PF youth national assembly at the party’s headquarters in the capital Wednesday.

“Currently, in the media, we get speculation and we are not happy with media reports about what the former president is reported to be doing. But we will get facts. Remember the voice of the people is the voice of God,” Mnangagwa said to the youths.

Wednesday’s Zanu PF national youth assembly was the first since Mnangagwa took over from Mugabe, who resigned under pressure from the military.

Mugabe has been linked to the new political party, NPF which is led by retired brigadier Ambrose Mutinhiri, a former Zanu PF legislator, ambassador and Mashonaland Easts provincial affairs minister.

Mutinhiri quit Zanu PF and resigned from Parliament on Friday last week in protest over what he called an unconstitutional takeover of government by the Zimbabwe Defence Forces.

After resigning, Mutinhiri met the ageing Mugabe, 94, on March 4 and according to NPF, the retired soldier apprised the former president of his move.

In response, Mugabe is said to have congratulated Mutinhiri for taking the “bold move” and told him that “Zimbabwe needed men and women of principle who should fight to preserve the legacy of the liberation struggle”.

“We need to mobilise the youth into the social, political and economic affairs of the country. No need for violence, intimidation and hate-speech before, during and after elections. As such, you should leverage on social media to advance the interests of the party,” he said.

The Zanu PF leader added that the old guard in the party was not tech-savvy, hence the youth had to be proactive.

“We, and the likes of (Zanu PF chairperson Oppah) Muchinguri-Kashiri, do not know how to do it. Go on to social media and tear our detractors apart,” Mnangagwa said as he commended his party&39;s youth for launching social media campaign EDHasMyVote.