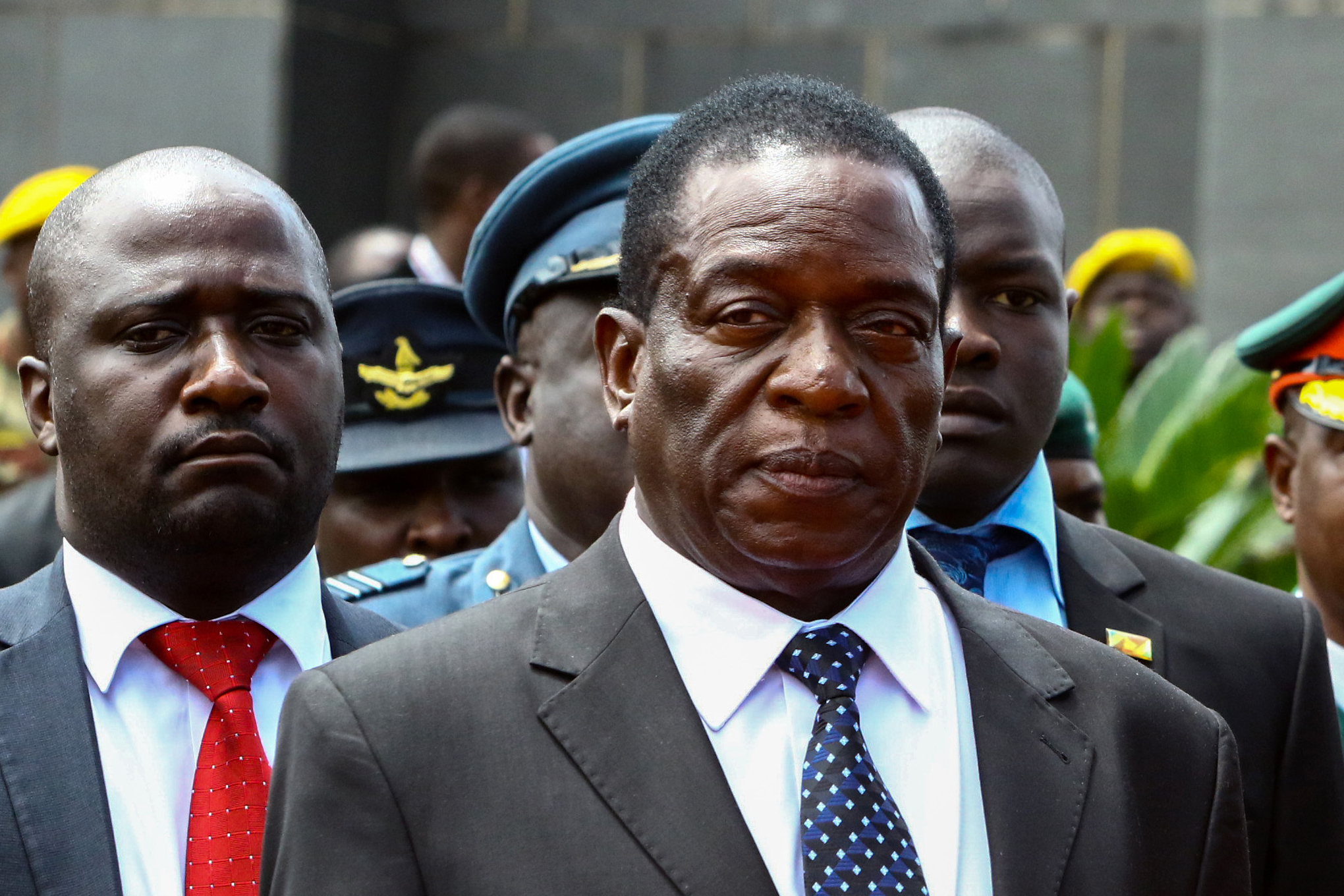 File: Emmerson Mnangagwa is well-placed to become the next leader of Zimbabwe.

* UPDATE: Zanu-PF said on Tuesday night that Mnangagwa would be sworn in as president on Wednesday or Thursday.

HARARE - After Robert Mugabe&39;s resignation as president of Zimbabwe, his former deputy Emmerson Mnangagwa, whose sacking led to the autocrat&39;s downfall, seems likely to be the next head of state.

On Sunday, Mnangagwa was named president of the ruling Zanu-PF party in place of Mugabe.

That put him one step away from the top job as Mugabe was told to quit or be forced from office.

Nicknamed "Ngwena" (The Crocodile) because of his fearsome power and ruthlessness, the 75-year-old Mnangagwa had appeared to have been outfoxed by Mugabe&39;s wife, Grace.

The first lady, who is 41 years younger than her husband, lobbied the veteran head of state to ditch his vice president, a long-serving lieutenant, to further her own political ambitions.

But Mnangagwa has close ties with the military, which was alarmed at Grace&39;s rise, and the generals intervened.

It was the climax of a long feud between Grace and Mugabe&39;s deputy to be in pole position to replace the ailing leader when he died or retired.

Mnangagwa -- a long-time party loyalist and hardliner who, say some, could prove as authoritarian as Mugabe -- initially fled to South Africa after his sacking.

But the dramatic seizure of power by the military returned him to centre-stage.

In the early days after independence from Britain in 1980, Mugabe made Mnangagwa, who was then a young trainee lawyer, minister for national security.

Mnangagwa thereafter occupied a host of cabinet positions -- but relations between him and his political mentor were not always cosy, and the younger man was no stranger to presidential purges.

In 2004 he lost his post as the secretary for administration in the party after being accused of openly angling for the post of vice president.

The 2008 elections, when he was made Mugabe&39;s chief election agent, changed Mnangagwa&39;s fortunes.

Mugabe lost the first round vote, and Mnangagwa allegedly supervised the wave of violence and intimidation that forced the opposition to pull out of the run-off vote.

In the same year Mnangagwa took over as head of the Joint Operations Command, a committee of security chiefs which had been accused by rights groups of organising violent campaigns to crush dissent.

He was targeted by EU and US sanctions imposed on Mugabe and his close allies over the elections and ensuing violence, but was promptly handed control of the powerful defence ministry.

Born in the southwestern Zvishavane district on September 15, 1942, Mnangagwa completed his early education in Zimbabwe before his family relocated to neighbouring Zambia.

His grandfather was a traditional leader and his father a political agitator for the repeal of colonial laws that disadvantaged blacks.

In 1966, Mnangagwa joined the struggle for independence from Britain, becoming one of the young combatants who helped direct the war after undergoing training in China and Egypt.

He was arrested and sentenced to death but his sentence was later commuted to 10 years in prison because of his young age.

After independence in 1980, he directed a brutal crackdown on opposition supporters that claimed thousands of lives in the Matabeleland and Midlands provinces.

The Gukurahundi massacres remain the biggest scar on his reputation among many Zimbabweans.

He once remarked that he had been taught to "destroy and kill" -- although he later claimed to be a born-again Christian.