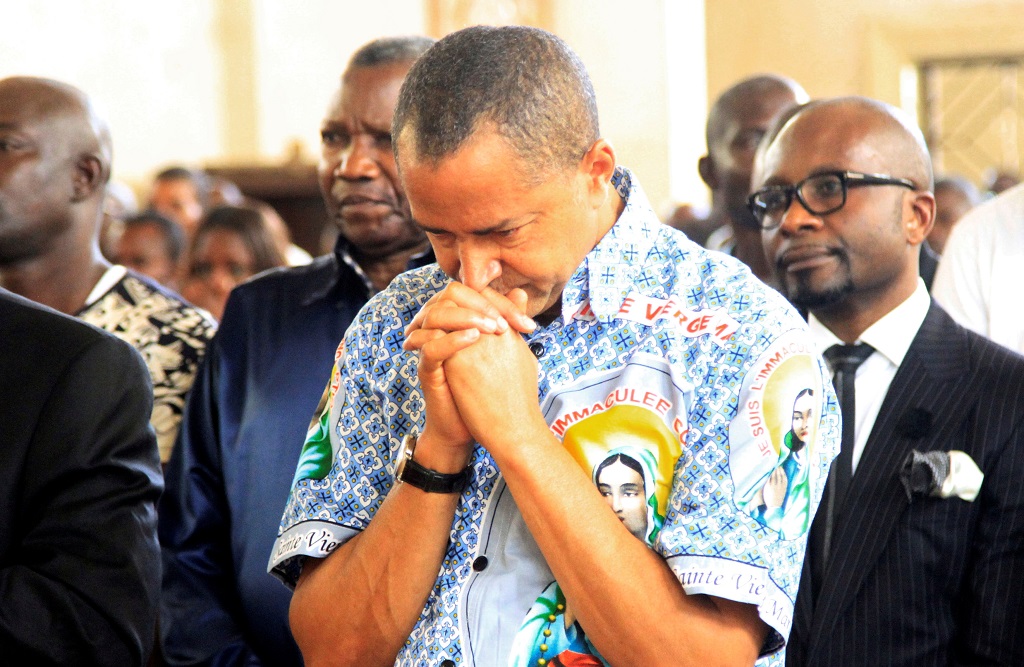 Former governor and prominent opposition leader Moise Katumbi attends a funeral mass in honour of Papa Wemba 4 May 2016 in Lubumbashi DRC. He appeared before prosecutors Monday 5 May 2016 over allegations he hired foreign mercenaries.

DR CONGO – Powerful Democratic Republic of Congo opposition figure Moise Katumbi, who has said he will run for the presidency, left the country for South Africa on Friday.

Katumbi, who is seeking medical care and faces a trial at home for threatening state security, left aboard a plane which took off from Lubumbashi at 8:03pm (1803 GMT), an AFP correspondent said, just hours after the DR Congo authorities said he was free to travel abroad.

Katumbi arrived at the airport by ambulance which drove straight up to a waiting plane. According to airport sources he was accompanied by his wife and a doctor on his way to Johannesburg.

His entourage say he was injured during clashes between police and thousands of his supporters in Lubumbashi on May 13.

His detractors accuse him of feigning medical problems.

The 51-year-old businessman is President Joseph Kabila&39;s leading rival for the country&39;s top job after recently announcing plans to stand against the long-serving head of state.

Immediately after that, judicial authorities opened an inquiry on May 4 alleging that Katumbi had hired foreign mercenaries.

Katumbi has denied the allegations as "grotesque lies" and said the case, which followed the arrest of four of his bodyguards, including an American, was politically motivated.

No date has been set for the trial of Katumbi, millionaire owner of a prestigious football club and former governor of mineral-rich Katanga province.

The news comes amid mounting domestic and international concern that Kabila will delay elections due to be held late this year when his second five-year mandate ends.

The opposition claims Kabila, in power since 2001, plans to extend his rule, and last week the Constitutional Court ruled he could stay in office beyond 2016 without being re-elected.

Human Rights Watch has slammed the case as "targeted actions against a presidential aspirant and close supporters".

Katumbi was an ally of Kabila&39;s but broke with him in September after the president announced he would carve up DR Congo&39;s provinces, including Katanga, into smaller entities.

Kabila&39;s supporters want the presidential elections delayed for two to four years on the grounds of alleged logistical and financial difficulties.

Sam Bokolombe, from Kinshasa University&39;s international criminal law department, said Katumbi had "no interest" in remaining abroad and that he expected him to return to have his day in court.

But his supporters claim the authorities are seeking to remove Katumbi from the political scene.