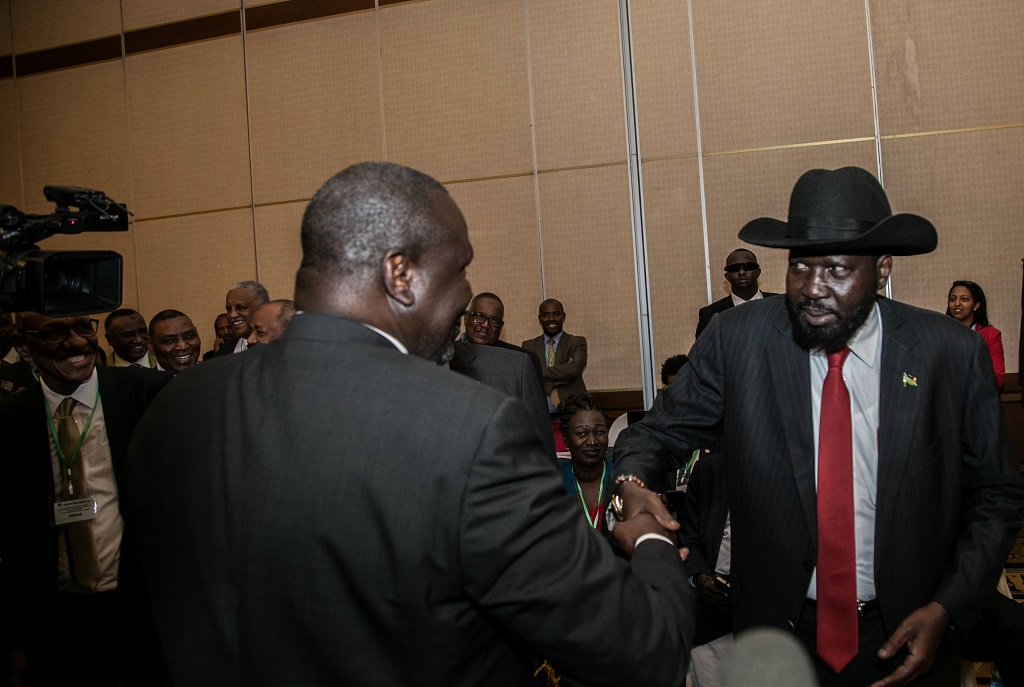 JUBA – South Sudanese rebels said on Thursday that more time is needed to secure lasting peace in the country and it would be necessary to address the root causes of a civil war.

"There is no shortcut to peace," the group said in a statement after peace talks in Ethiopia between its leader Riek Machar and President Salva Kiir, the first time the two men had met since 2016, when a peace deal collapsed and fighting re-erupted between their forces.

SPLM/SPLA (IO) said the solution to the five-year civil war, which has killed tens of thousands of people and forced more than 3 million people to flee their homes, was to revisit the Comprehensive Peace Agreement (CPA).

The CPA was agreed in 2005 between Sudan and South Sudan that was aimed at ending the civil war in Sudan and paved the way for South Sudan to hold its ultimately successful secession.

"The current model, with its various workshops, though they are very informative, is unrealistic, as it is not for lack of technical experts that there is war in the country, nor will the workshops stop the war," the group said.

The imposition of an agreement on the parties will not work, the statement said.

"For any meaningful dialogue to take place, it should be within the context of a comprehensive political settlement," the group said. "So that the guns can fall silent and a conducive environment for dialogue established."

Meanwhile, speaking in Addis Ababa, where the regional bloc IGAD was meeting, a South Sudanese government official said that, "President Salva Kiir is not ready in any way to work again with Riek Machar in the next transitional period."

Michael Makuei Lueth, South Sudan’s information minister, said that while Machar is welcome to come to South Sudan President Kiir will not be working with him in the would be transitional government of national unity.

"We have had enough of him (Machar)," he said on Thursday evening in Addis Ababa after the regional bloc IGAD Heads of State Summit in Ethiopia&39;s capital. "We don’t want to have another fight...We want the government of South Sudan to continue and we want our people to live in peace and harmony and Riek Machar to wait for elections. This is our position."