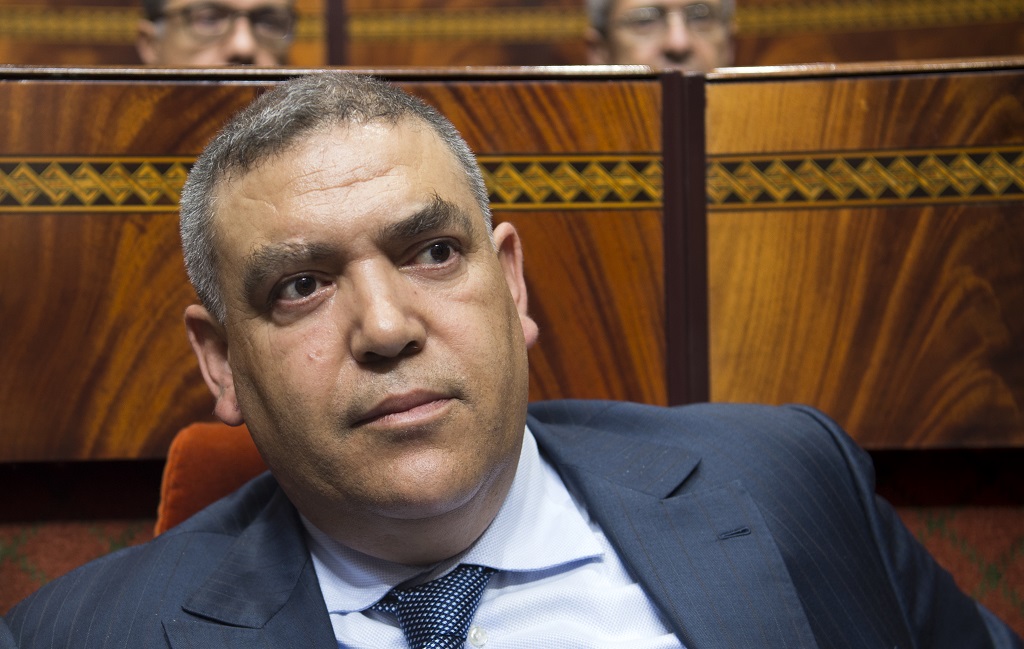 Moroccan Interior Minister Abdelouafi Laftit attends a joint public meeting devoted to the presentation of the government program at the Parliament, in Rabat, on April 19, 2017.

AL HOCEIMA - Morocco's interior minister led a large government delegation on Monday to the northern city of Al-Hoceima which has been rocked by months of protests demanding jobs and economic development.

Al-Hoceima is in the Rif - a long-neglected ethnically Berber region that was at the heart of a 2011 movement for reform that saw King Mohammed VI cede some of his powers.

It has witnessed a wave of protests since the death in October of fishmonger Mouhcine Fikri, 31, who was crushed in a garbage truck as he tried to protest against the seizure of fish he had caught out of season.

A flurry of government ministers have visited Al-Hoceima in recent months, promising projects to boost the local economy.

On Monday, Interior Minister Abdelouafi Laftit and seven other cabinet members toured the city where they visited construction sites and held talks with local officials, an AFP journalist said.

"There are solutions for all the problems," Akhannouch said, pledging the government's support to fishermen in the region.

But such promises appear to fall on deaf ears in the region, where weeks of public anger have led to the creation of a new movement demanding economic inclusion for the Rif.

On Thursday, thousands of demonstrators took to the streets of Al-Hoceima led by Nasser Zefzafi, who heads the movement known as Al-Hirak al-Shaabi (Popular Movement).

Zefzafi has repeatedly said his group would continue to "resist" until authorities "respond to our demands" for the economic and social development of the region.