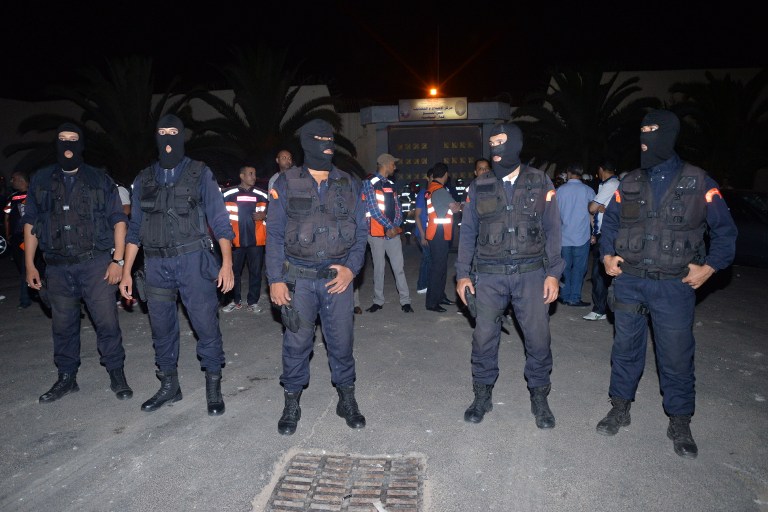 File: Investigators apprehend a man on Wednesday, for planning terrorist attacks in the northern city of Meknes.

RABAT - Moroccan police have arrested four "dangerous" suspected jihadists linked to the Islamic State group who were planning attacks across the country, the government said on Thursday.

Investigators apprehended an individual on Wednesday in the northern city of Meknes who had been "planning terrorist attacks in Morocco," according to a statement from the interior ministry.

The suspect had "acquired vast experience in the manufacture of remote-detonated explosives" and was "about to procure essential materials to make" a bomb, it added.

The head of the cell had allegedly been contacted by a Moroccan IS member and had planned to travel to join the jihadists in Iraq or Syria.

Rabat says more than 150 "terrorist cells" have been uncovered since 2002, including dozens in the past three years with ties to jihadists in Iraq and Syria.

A study by the US-based Soufan Group said last December that at least 1,200 Moroccans had travelled to fight alongside IS in Iraq and Syria in the previous 18 months.