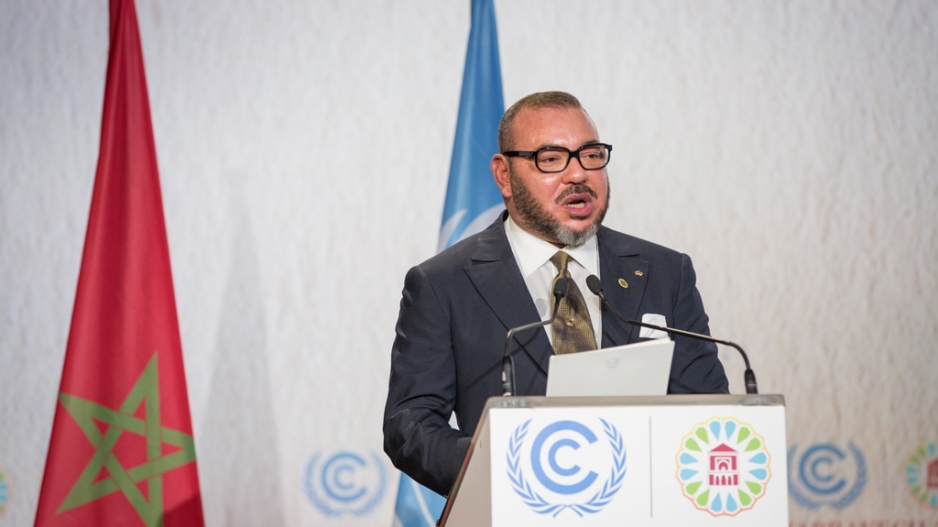 RABAT, Morocco - Morocco's king has rebuked ministers over delays to a development programme meant to pump investment into a region rocked by months of protests over unemployment and perceived state neglect.

Mohammed VI told ministers Sunday of his "disappointment, dissatisfaction and concern" that the $670 million (600 million euro) programme in the northern Rif region was behind schedule, according to a cabinet statement.

He also cancelled the annual leave of ministers involved in programme so they can "monitor" its progress, it said.

The Rif's main port, Al-Hoceima, has been rocked by protests since October, when a fishmonger was crushed to death in a rubbish truck as he tried to retrieve swordfish that authorities had thrown away because it was caught out of season.

Calls for justice snowballed into a wider social movement dubbed Al-Hirak al-Shaabi, or the "Popular Movement", demanding jobs, development, and an end to corruption in the mainly Berber region.

The government responded by relaunching a 2015 programme to improve the region's infrastructure, health facilities and education services by 2019.

Interior Minister Abdelouafi Laftit said in early June that the projects "respond to 90 percent of the demands of the population".

But security forces have also arrested more than 100 people including Hirak leader Nasser Zefzafi, and clashes between police and demonstrators have continued.

The Rif has long had a tense relationship with central authorities in Rabat, and it was at the heart of the Arab Spring-inspired protests in Morocco in February 2011.

King Mohamed VI relinquished some of his near-absolute control through constitutional reforms following the 2011 protests.