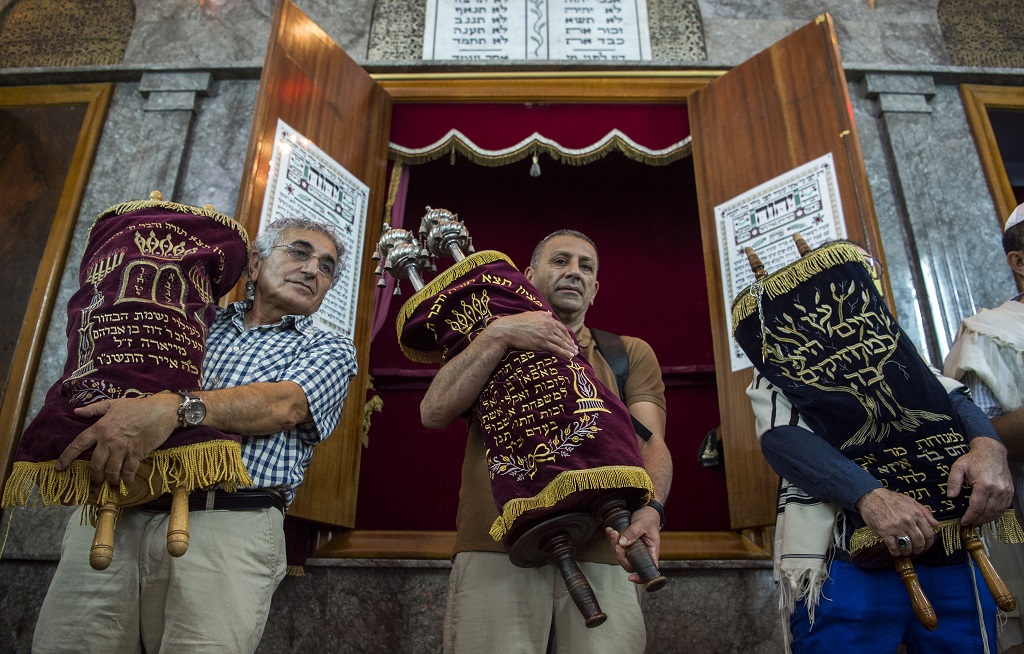 Moroccan Jews and Israeli Jewish tourists participate in a religious ceremony to observe the holiday of Sukkot (the Feast of the Tabernacles) at a synagogue in the "Mellah" Jewish quarter of the Medina in Marrakesh on October 13, 2017.

RABAT – Representatives of Morocco&39;s religious minorities on Saturday urged the government to clarify the law on freedom of worship in Morocco, where Islam is the state religion.

Their statement came after an unprecedented meeting in the capital Rabat.

"There is a kind of fear of opening this door and having a discussion, even civil society is still reluctant to talk freely about this topic."

Religious minorities, mostly Christians, Jews and Baha&39;is, count for less than one percent of Morocco&39;s population, which is overwhelmingly Sunni Muslim.

But Saturday&39;s forum brought together academics, researchers, human rights activists, preachers and representatives of religious minorities to demand recognition of their rights.

"We suffer repression and harassment," said Hamidi, adding that some media had referred to those present as "atheists" and "homosexuals".

The meeting&39;s venue had to be changed and some speakers also withdrew after "pressure", organisers said.

Since the creation of Israel and the independence of Morocco, what was the largest Jewish community in North Africa has dwindled to fewer than 5,000 members.

Most Moroccan Muslims who convert to Christianity practise their new faith in secret.

There are no official statistics on Moroccan Muslim converts to Christianity, but the US State department estimates their numbers at between 2,000 and 6,000.

Expat Christians worship freely and are protected by the authorities, providing they do not evangelise, a crime punishable by up to three years in prison.

Mohamed Said, a Moroccan convert to Christianity, said his ultimate goal was to see the country&39;s constitution explicitly recognise freedom of religion.

"This congress, in my opinion, is a beginning... a small breakthrough," he said.