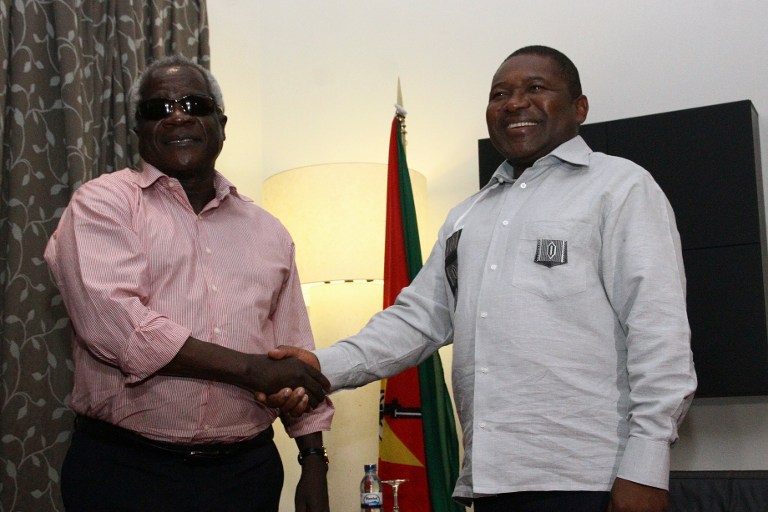 MAPUTO - Mozambique&39;s three main political parties have agreed to go ahead with constitutional reforms that will decentralise power, as part of efforts to consolidate peace between the government and former rebels.

"We have made significant strides," said Margarida Talapa of the ruling Frelimo party after it signed an accord with rebel force-turned-political party Renamo and another opposition party, the Democratic Movement of Mozambique (MDM).

She acknowledged, however, that "we could have done more".

The reforms being negotiated would see the governors of Mozambique&39;s provinces elected directly, not named by the president as is currently the case.

President Filipe Nyusi last month met in the remote Gorongosa mountains with Renamo leader Afonso Dhlakama, who has been in hiding since October 2015, to discuss disarmament and reintegration.

Renamo has long been seeking greater decentralisation of power and better integration of its supporters into the police and military.

The deal would also require the disarmament of Renamo&39;s armed wing, which has been maintained since the end of the civil war in 1992.

That marked the end of a 16-year war against Frelimo -- the party that has held the reins of power in the former Portuguese colony since independence in 1975 -- but unrest again boiled over between 2013 and 2016.

The violence ended after Dhlakama announced a truce in late-2016.

The truce has largely held but no formal accord has yet been reached.

The process of revising the constitution is set to begin next month.