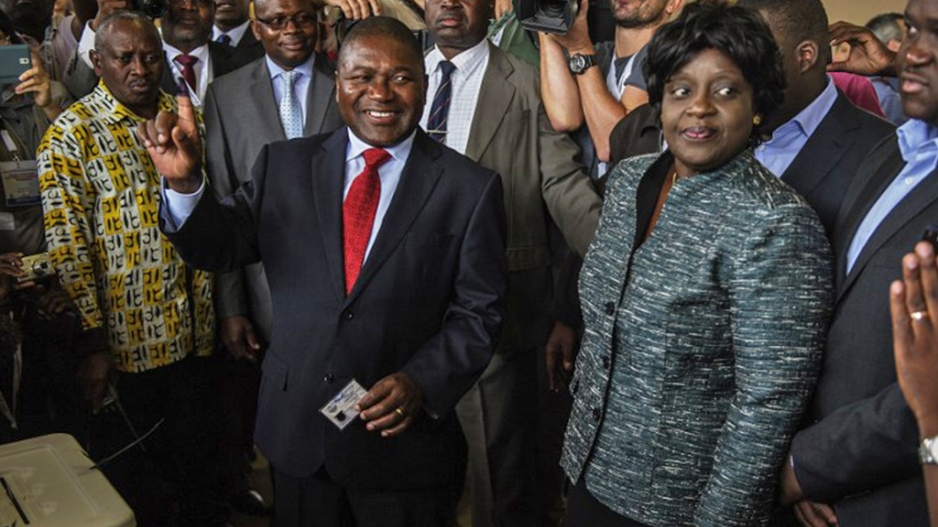 MAPUTO - Mozambique&39;s opposition Renamo party has reacted angrily to the make-up of the government appointed by new President Filipe Nyusi, saying it contradicts his pledge to promote peace.
The former rebel movement led by Afonso Dhlakama had threatened to form a parallel government in the centre and north of the country if Nyusi did not appoint a unity cabinet.
"This is a Frelimo-only government," Renamo spokesman Antonio Muchanga told AFP.
"All the names on this list are from (Nyusi&39;s) Frelimo party. It has nothing to do with a government of &39;inclusion&39;."
<blockquote class="twitter-tweet" lang="en"><p>New <a href="https://twitter.com/hashtag/Mozambique?src=hash">Mozambique</a> govnt: Women lead 5 out of 22 ministries includ Health, Labour, State Administration. 8 out of 18 deputy-ministers are women</p>&mdash; zenaida machado (@zenaidamz) <a href="https://twitter.com/zenaidamz/status/556570145402150912">January 17, 2015</a></blockquote>
<script async src="//platform.twitter.com/widgets.js" charset="utf-8"></script>
Nyusi on Saturday named 61-year old agro-economist and former diplomat Carlos Agostinho do Rosario as prime minister, in a government of 22 ministers, down from 28 previously.
In his inaugural speech on Thursday, Nyusi said he was open to proposals from opposition political parties.
"Good ideas have no political party colours," the new president declared.
He pledged "to open constructive dialogue with all political forces and civil society organisations to promote peace" in a country that was ravaged by a brutal 16-year civil war that ended in 1992.
"Nyusi didn&39;t consult anyone, not one political party, not one organisation from civil society," Muchanga said.
<blockquote class="twitter-tweet" lang="en"><p><a href="https://twitter.com/hashtag/Mozambique?src=hash">Mozambique</a>’s power shifts with new government <a href="http://t.co/KQO45QkTCW">http://t.co/KQO45QkTCW</a></p>&mdash; This Is Africa (@thisisafrica) <a href="https://twitter.com/thisisafrica/status/556077370520924162">January 16, 2015</a></blockquote>
<script async src="//platform.twitter.com/widgets.js" charset="utf-8"></script>
Dhlakama, who claims the October elections which brought Nyusi to power were fraudulent, boycotted the inauguration ceremony and his party shunned the opening of parliament.
Muchanga said Renamo, which announced last year it was pulling out of the peace deal that ended the civil war, would hold a meeting on Tuesday to decide the party&39;s next step.
Dhlakama, who led a new low-level insurgency before emerging from his bush hideout to participate in the vote, has challenged every election result since the war.
But the October poll showed his popularity is growing again -- he took 37 percent of the vote, more than double his 2009 score.
Nyusi won 57 percent, sharply down on the 75 percent garnered by his predecessor.