Mugabe allies hint they could ditch his party 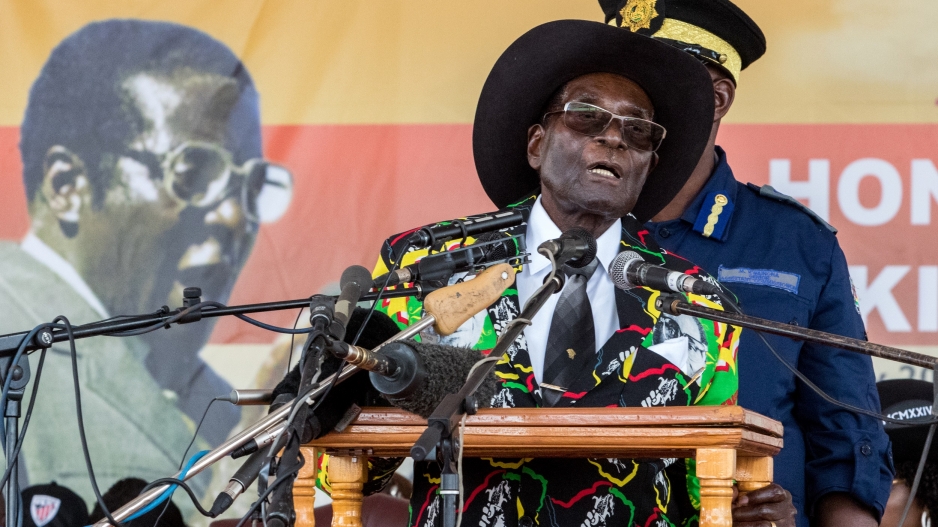 File: ZANU-PF has picked Robert Mugabe, who is increasingly fragile, to stand for re-election in 2018.

HARARE - Zimbabwean war veterans, who have given President Robert Mugabe key support in past, vowed to rally behind "competent" candidates in next year’s elections even those from the opposition.

Chris Mutsvangwa, chairman of the association of veterans of the 1970s independence war, previously loyal to Mugabe, said the former fighters were ready to work with politicians considered enemies by ruling ZANU-PF.

"We will not be bothered about political affiliation," Mutsvangwa said. "We only want people who are competent."

"We can't have a party run on non-democratic lines," Mutsvangwa, told hundreds of the ex-guerrilla fighters at a meeting in Harare.

Last year several war veterans' leaders were arrested after issuing a strongly-worded statement denouncing Mugabe as "dictatorial" and calling on him to step down.

"We have been voting people for the past years because they came from the political party that we were in even when you know that the person is not the right candidate," said Victor Matemadanda, secretary-general of the association told the same meeting.

"We were forced by party allegiance to vote for that person. We are saying that has come to an end," he told hundreds of the former fighters at a meeting in Harare.

"If the people chose a candidate don't ask which party they come from."

ZANU-PF has picked Mugabe, who is increasingly fragile, to stand for re-election in 2018.

In a surprise move Zimbabwean police last year used water cannon and teargas to prevent a meeting planned by the veterans to air their grievances against the regime.

Starting in 2000, war veterans led the seizure of white-owned commercial farms in what Mugabe said was a reversal of imbalances from the colonial era.

Some war veterans have also been accused of widespread intimidation and violence during past elections that have kept Mugabe in power.

Their meeting on Thursday had been banned by the police and only went ahead after a high court order.