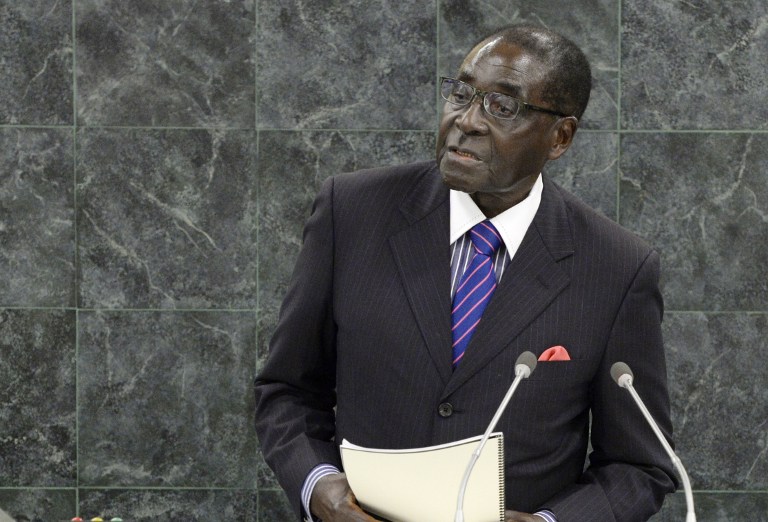 HARARE – Zimbabwean President Robert Mugabe moved on Saturday to pacify angry civil servants by denying that his government would suspend their bonuses for the next two years.

Addressing thousands of Zimbabweans who braved the pouring rain to celebrate the country’s 35th independence anniversary at the National Sports Stadium in the capital Harare, Mugabe said that decision was never approved by cabinet.

“I want to make it clear that the report which was in the newspapers that bonuses were being withdrawn is not government policy.

“The cabinet did not approve that at all and the Presidency never, never was consulted on the matter. We were never consulted, the three of us – that is myself and the vice presidents – and we say that is disgusting to us and it will never, never be implemented at all,” he said.

Finance Minister Patrick Chinamasa early this week announced that his government had suspended civil servants&39; annual performance bonuses for the next two years due to dwindling state revenues.

The minister said the government had decided to cut its wage bill consuming over 80 percent of state revenue given the shrinking tax base and the need to create fiscal space to fund infrastructure development projects as a way to stimulate economic growth.

But Mugabe assured the civil servants that the bonuses, which had become a right to the workers, will not be scrapped.

“Let the civil servants not be downhearted. That will not happen. The rules are that when government bestows a benefit on civil servants, that benefit cannot be withdrawn.

“That is there in our rules governing the handing of public servants. When they are given a benefit we cannot reverse it at all. It has become their right and that is what we stand by, so your bonuses will come to you,” Mugabe said.

Civil servants had slammed the decision and were already threatening action against the bonus scrap.

The cash-strapped government has been struggling to pay its workers over the past few months due to low fiscal revenues.

The IMF has also recommended to the government to cut its high wage bill in order to free up resources for socio-economic projects.