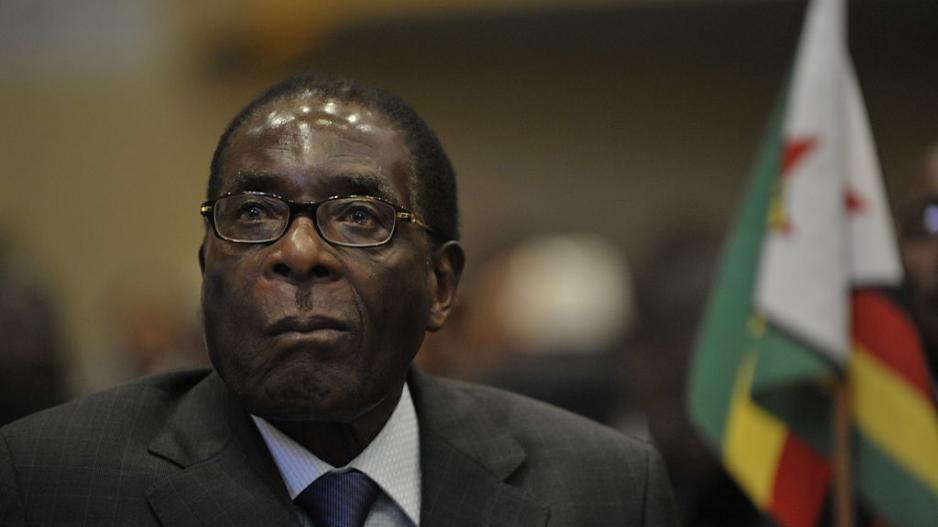 HARARE — Samuel Meso’s graduation gown was once a source of pride for the 25-year-old Zimbabwean who studied engineering. But now he can’t get a job, and the academic attire is a badge of shame and protest that he wears to anti-government demonstrations.

"My parents sold all their livestock to pay for my schooling. It was supposed to be the escape plan from poverty. But right now, my parents still have to take care of me,” said Meso, who makes a little money by selling Zimbabwean flags on the streets of Harare, the capital. “Imagine, they will have to take care of their grandchild too if I decide to marry. This gown has become a sign of poverty; everyone laughs at us.”

These are turbulent times in Zimbabwe, where escalating protests and rifts in the ruling Zanu-PF are eroding the tight grip that Mugabe has held since independence in 1980.

Despite the 92-year-old president’s weakening authority and physical condition, few people write off a man who has defied numerous expectations of his political demise and even death, and there are questions about whether Zimbabwe’s fragmented opposition can offer a viable alternative to its entrenched rulers.

“As long as the party still wants me to serve, if I still have the energy and still have the life, I will continue,” Mugabe told loyalists last month. Recently, his wife Grace said Mugabe would rule from the grave.

However, opposition to Mugabe’s rule is growing. Even some of his staunchest supporters, veterans of the independence war, described him as “dictatorial” and broke with their former ally. The war vets carried out Mugabe’s ouster of many white farmers whose land was turned over to black beneficiaries. The land seizures were blamed for contributing to Zimbabwe’s economic turmoil.

Today, high unemployment, mass factory closures and delays in salary payments to civil servants remind many of a 2008 financial collapse that was alleviated, following a violent election period, by the formation of a coalition government. Long lines persist at banks, many of which switched off their ATMs and limit withdrawals to as little as $50.

“This country is full of vendors who accept cash only,” said Harare resident Darlington Madzonga, who scoffed at appeals by some financial officials for people to use cash cards. “When will these people accept that they have failed. We need a new generation of leaders.”

The fear factor in Zimbabwe, where dissidents sometimes face arrest or a violent response from authorities, appears to be in decline.

A pastor in Zimbabwe rallied opposition to the government. A former ruling party member went to court for allegedly insulting the longtime leader. Minibus drivers and street vendors protested against economic hardship. A widely circulated video showed police arresting an anti-corruption activist who was remonstrating in a hotel lobby.

Lieutenant-General Philip Valerio Sibanda, the army chief, was quoted in state media as saying the military is training officers to deal with “cyber warfare,” a reference to state uneasiness over activists’ use of social media to spread anti-government messages. On Wednesday, Zimbabwean police fired tear gas and water cannons to disperse protests in Harare and assaulted several journalists, including an Associated Press photographer.

Opposition leader Morgan Tsvangirai, who shared power with Mugabe for five years before losing disputed elections in 2013, has had a relatively muted role in recent demonstrations, which happen almost daily. Instead, the protests have a grassroots feel and often cast discontent as an expression of patriotism.

Pastor Evan Mawarire galvanised anger over alleged government failures with a social media campaign that asked people to display the Zimbabwean flag. Mawarire was arrested, but a court ordered his release and he is staying in neighbouring South Africa. Mugabe accused him of being sponsored by the West, a frequent target of criticism by the Zimbabwean leader.

Mawarire called on Facebook for anti-Mugabe demonstrations at a cricket match between Zimbabwe and New Zealand in the Zimbabwean city of Bulawayo on Saturday, urging people to sing the national anthem during the game.

It remains unclear whether protesters can keep momentum, and whether opposition forces are capable of the “actual business of transforming a government and putting in place a sort of changed political system” that would entail “a very long and arduous kind of process,” said Aditi Lalbahadur, a researcher at the South African Institute of International Affairs, which is based in Johannesburg.

Mugabe has rallied thousands of his supporters to counter protests, and there are no signs of open opposition among leading figures in the government or security forces. The ZANU-PF party has been hit by behind-the-scenes succession battles, with Grace Mugabe acquiring an increasingly political role.

Gabriel Shumba, a Zimbabwean activist in Johannesburg, acknowledged that Mugabe might outmanoeuvre the current protests, but speculated that he no longer has a “hands-on approach” to ruling the country.