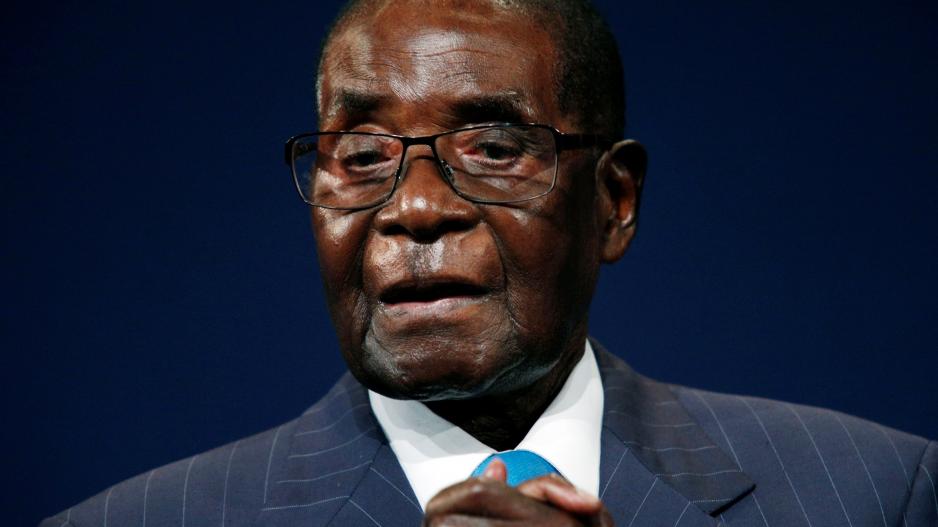 HARARE - Zimbabwean President Robert Mugabe is seeking advanced treatment in Singapore for eye problems caused by old age that can make it look as if he has dozed off in public, his spokesman told a state-owned newspaper.

The 93-year-old Mugabe is often caught on camera appearing to be dozing at public events, and his health in general is a hot topic before next year's presidential election, which he is expected to contest. He left for Singapore on Monday, his second medical trip in about two months .

The pictures and videos of Mugabe apparently nodding off have gone viral on social media and opponents have mocked him as unfit for office.

But Mugabe's spokesman, George Charamba, blamed the president's eyes, and told the newspaper the Herald that local opticians suggested he should seek treatment abroad.

"At 93, there is something that happens to the eyes and the President cannot suffer bright lights. If you look at his poise, he looks down, avoids direct lighting," Charamba said.

"It (the trip to Singapore) has to do with his eyes and often I have felt very, very pained. In fact, I feel like a failure when there is this reading that the President is sleeping in conferences - no."

Last week at a World Economic Forum Summit in South Africa, Mugabe sat slumped in his chair, wringing his hands, as he told a panel discussion in a low murmur that his country was not a "fragile state".