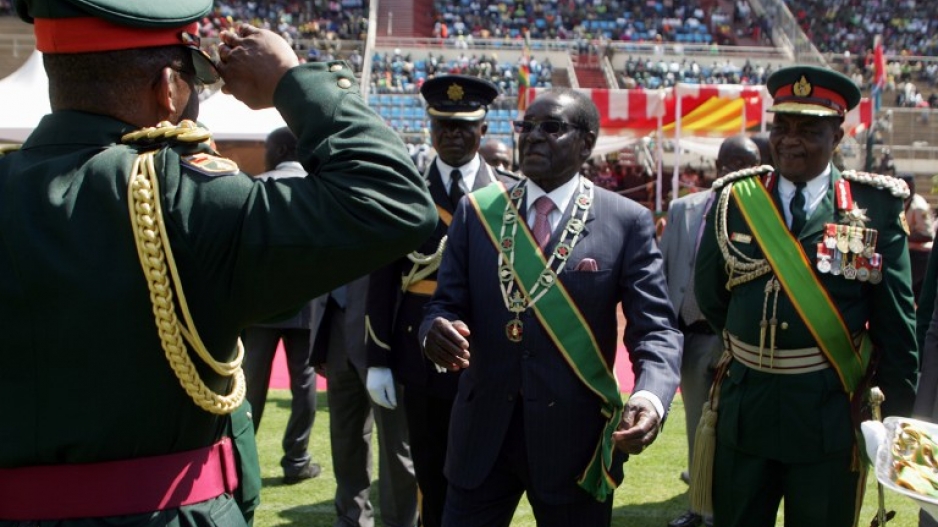 Zimbabwe President Robert Mugabe inspects the guard of honor during the commemoration of the Zimbabwe Defence Forces Day on August 13, 2013 in Harare.

LILONGWE - Robert Mugabe will be sworn in on Thursday, beginning a fresh five-year mandate as Zimbabwe&39;s president following a disputed election, his spokesman said Sunday.

"It is now this Thursday," George Charamba said on the sidelines of a summit of southern African leaders in Malawi.

On Friday Mugabe&39;s main challenger, opposition leader Morgan Tsvangirai, withdrew a legal challenge to the election result, claiming the courts would not be fair.

That removed the last hurdle to 89-year-old Mugabe&39;s inauguration for a seventh term.

Mugabe, Africa&39;s oldest leader, first took the reins of a newly independent Zimbabwe in 1980 as prime minister. He became president following a constitutional amendment in 1987.

Southern African leaders attending the summit had earlier endorsed the result of the election that extended his 33-year rule, congratulating him for holding peaceful elections.

Asked whether regional leaders would attend the swearing-in, Charamba said that "everybody will be invited".