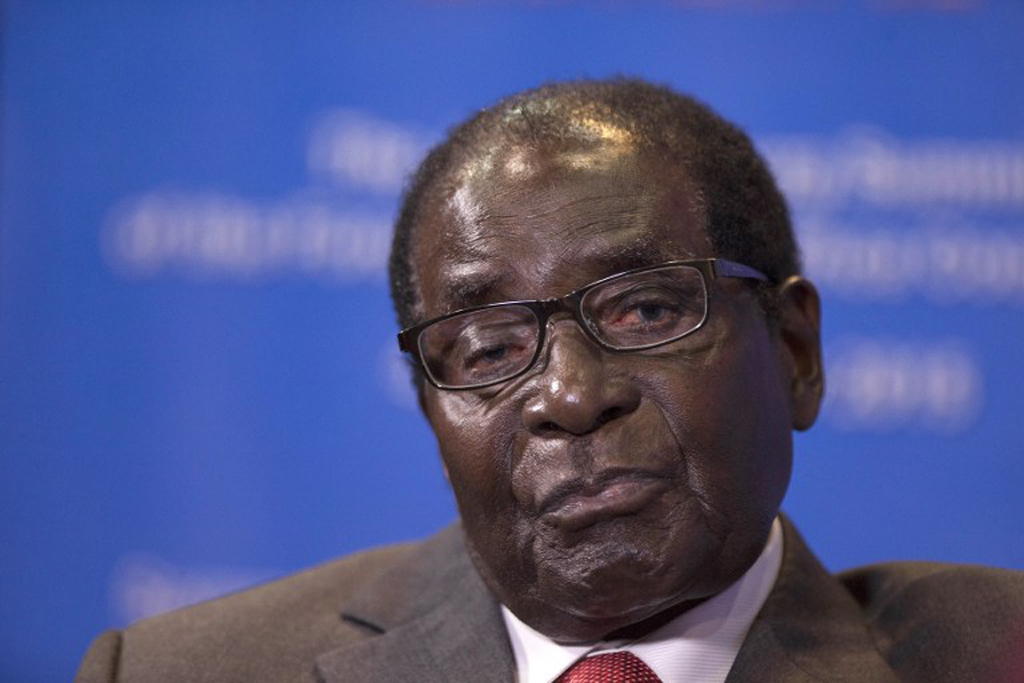 President of Zimbabwe Robert Mugabe is seen during an interview with Chinese State Media at the Forum on Africa-China Co-Operation at the Sandton Convention Centre in Johannesburg, South Africa on 5 December, 2015.

HARARE – Zimbabwean President Robert Mugabe on Tuesday attacked the This Flag Pastor Evan Mawarire, saying he should leave the country and go to those who sponsored him and said his calls for violent protests in the country were un-Zimbabwean.

"The Mawarires; I don’t even know him and those who believe in that way of living in our country are not part of us in thinking as we try to live together. If they don’t like to live with us let them go to those who are sponsoring them, fine. You can’t urge people to adopt violent demonstrations as the way of life or solving grievances, we will say no, forever no,” Mugabe said.

Mugabe was addressing mourners gathered at the National Heroes Acre in Harare for the burial of former Secretary of State in the office of the President and Cabinet, Charles Utete.

He said he was not sure whether Mawarire and other pastors in the country who were opposed to his rule were "real men of cloth".

"Find another environment if you are pastor, I don’t know if he is man of religion, we would hope that he would preach Biblical peace. First Corinthians says we must not destroy and fight one another. So beware these men of cloths; not all of them are true preachers of the Bible. I don’t know whether they are serving God, well we spell God they spell God in reverse,” he said.

Mugabe told mourners that the late Utete, the first civil servant in the history of the country to be interred on the national shrine, never argued with him and always sought ways of ironing out differences.

"He was a man of love, a man of real source of harmony with others. I never had of a single quarrel between him and others, even with me. If I made suggestions that perhaps he might not have liked, he would say don’t you think this is a better way of doing things," he said.

Mugabe described the late national hero as the chief architect of the country’s civil service, adding he had also played a key role in the country’s controversial land reform exercise.

Utete had more than just the technocratic skills to deal with the land reform, but had a deep belief in the policies of the ruling Zanu PF party.

“He was in every way in step with our thinking in the party, with the policies that came from our politburo. His words and vision on land have been fulfilled; the land has come, the tribal trust lands have gone,” he said.

Mugabe urged those who had benefited from the land reform programme to utilise the land to ensure the country had enough to feed its own people.

“We are not yet done. A true land reform programme must give way to agrarian reform and programs, we should never hunger, never import food, and there is no cause for it. Those who have land must please use it properly, produce," he said.

“Those who need it, let them have it; let them have it to use it to produce not to use it to sit on and to pride themselves on the fact that we now have the land. I am somebody because I have the land…yes but the land must be used so you become a real somebody…otherwise you are not a real somebody. This is what we are working on, the agrarian reforms now, so the land we have recovered gives its society food, gives security to its nation and prosperity to its individuals."