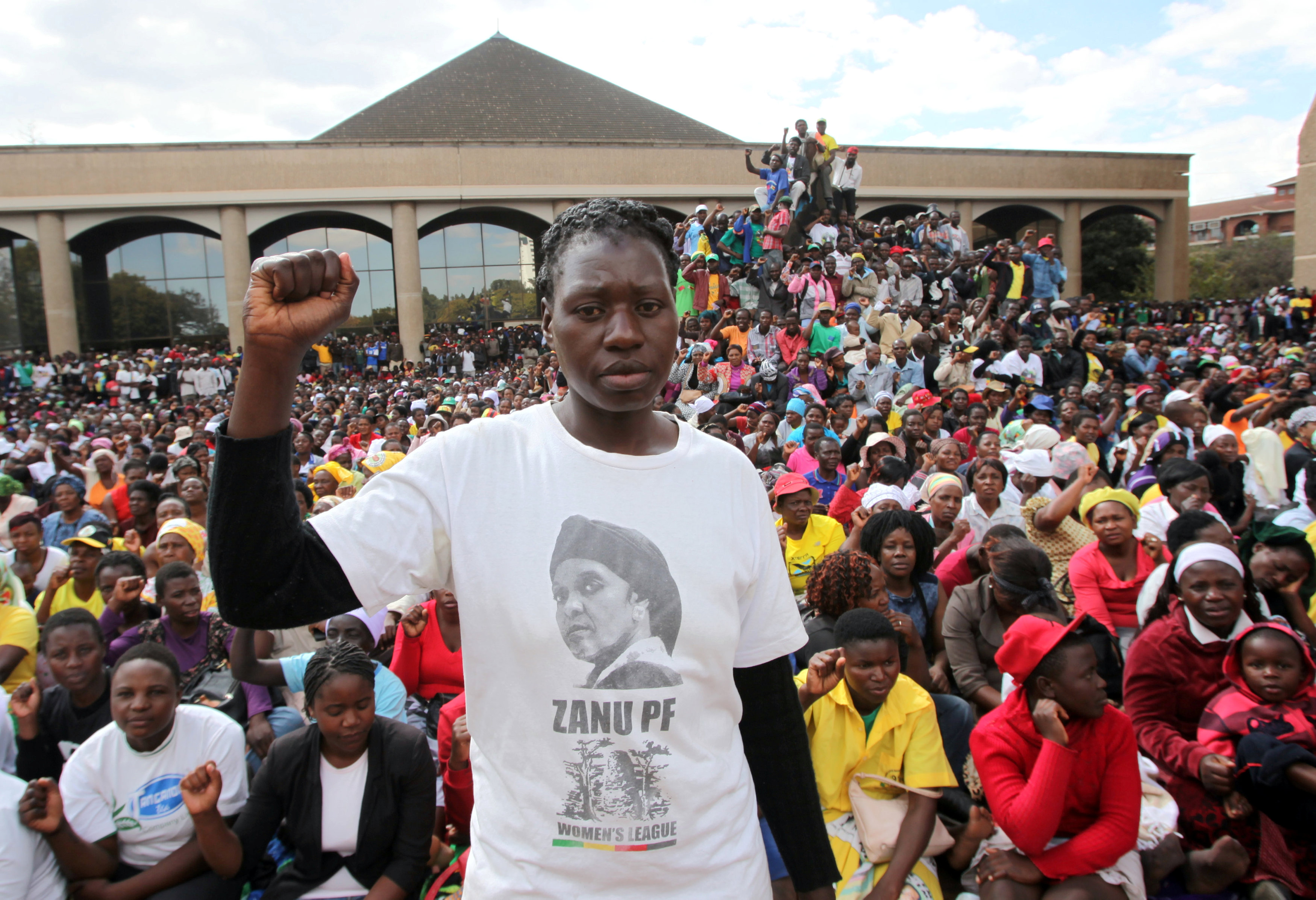 A supporter of the ruling party Zanu PF gestures outside the party headquarters to show support for President Robert Mugabe following a wave of anti-governement protests over the last two weeks in Harare, Zimbabwe July 20, 2016.

HARARE - Thousands of supporters of Zimbabwe&39;s President Robert Mugabe marched to the ruling Zanu-PF party&39;s headquarters on Wednesday in a show of solidarity following anti-government protests this month.

On July 8, a &39;stay away&39; protest movement led by church minister Evan Mawarire shut down most businesses, government offices, schools and hospitals in the biggest act of public defiance against 92-year old Mugabe in a decade.

Mugabe has said the protests were being sponsored by foreign states and urged citizens to support his government.

Many of those marching in support of Mugabe were members of the ruling Zanu-PF.

"This has given us the chance to express our solidarity with our president, Robert Mugabe," Zanu-PF youth wing official Tinashe Wenyika said.

"We remain committed to our party as young people and this is a sign that the centre still holds."

Mawarire, who rallied followers under his ThisFlag Twitter campaign, says his protests are peaceful and are against government corruption, alleged police brutality, delays in paying state workers&39; salaries and cash shortages.

"What pastor Mawarire is saying is just a joke and it&39;s paranoid," a Zanu-PF supporter at the march said, declining to give his name.

"We don&39;t take paranoid as something that can rule the country."

Mawarire was arrested on charges of treason but the case was thrown out last week in a Zimbabwean court.