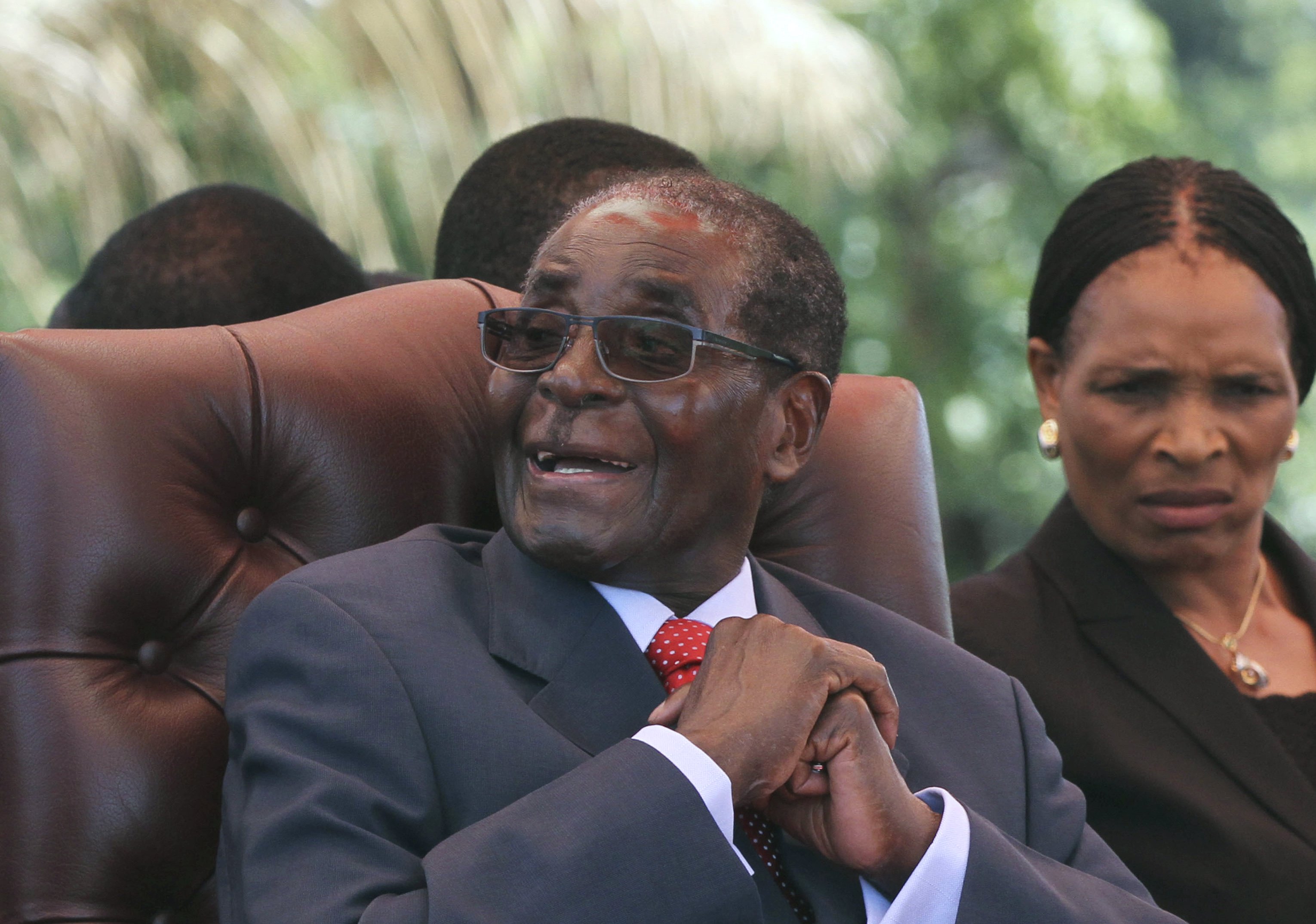 Zimbabwe's President Robert Mugabe laughs before addressing the ZANU-PF party's top decision making body, the Politburo, in the capital Harare, February 10, 2016. Mugabe, the only leader that Zimbabwe has ever known, turns 92 this month.

Ministers allegedly perceived to be sympathetic to Mnangagwa include Patrick Chinamasa, who was shuttled from the finance and economic development ministry to a new portfolio, cyber security, threat detection and mitigation, Prisca Mupfumira, who was dropped from the public service, labour and social welfare ministry, which was taken over by Mugabe’s nephew, Patrick Zhuwao, who was coming from the youth, indigenisation and economic empowerment.

Tshinga Dube was also dropped from the war veterans ministry over his alleged siding with the Christopher Mutsvangwa-led Zimbabwe National Liberation War Veterans’ Association, which has openly challenged Mugabe, his wife Grace and his administration.

#Zimbabwe Robert Mugabe swears in new cabinet members, one would have hoped for new and young blood with new ideas!! pic.twitter.com/VgVzAeXtTy

The Mutsvangwa war vets faction has also openly supported Mnangagwa, saying he would rather succeed Mugabe than any candidate imposed by the G40 faction, reportedly led by Grace and pushing for defence minister to take over.