Mugabe urges party to stop jostling to replace him 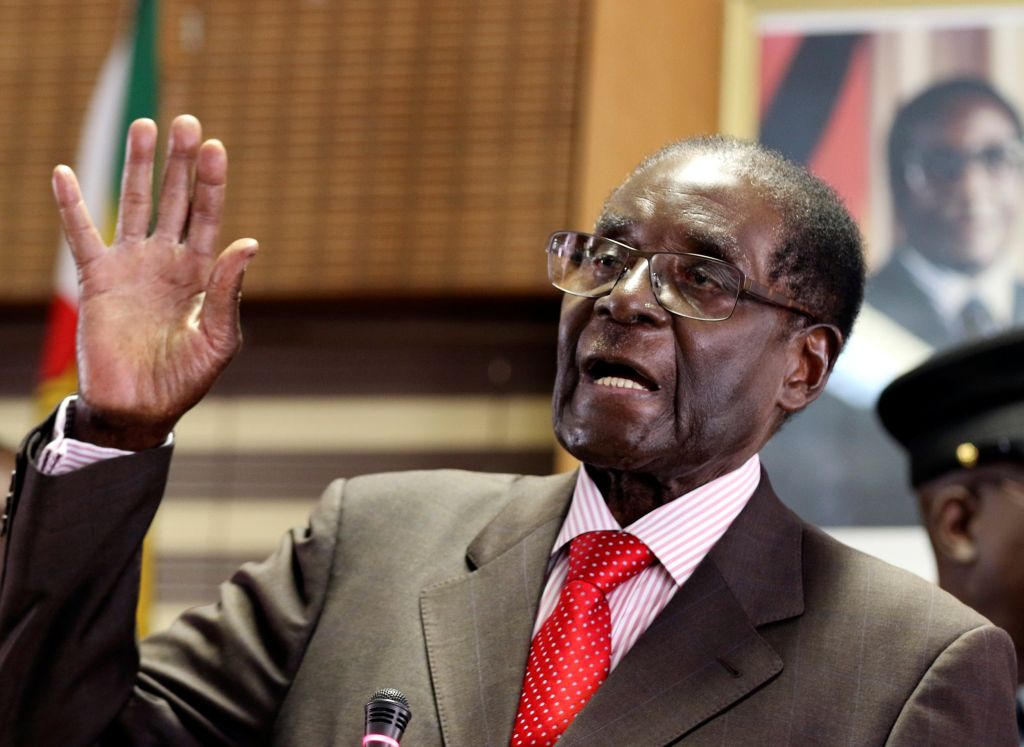 MARONDERA – Zimbabwean President Robert Mugabe called on Friday for unity in his ruling Zanu-PF party, which has been riven by infighting over who will eventually succeed the world's oldest leader.

Mugabe, 93, wants to seek another five-year term next year, having ruled since independence in 1980.

The veteran leader, who looks increasingly frail, has made two trips this year to Singapore for medical checks, which his spokesman said were for his eyes. Private media have reported that Mugabe has prostate cancer, which officials deny.

Addressing a Zanu-PF youth rally in Marondera town, some 70 kilometres, east of Harare, Mugabe said different party factions were preoccupied with plotting how to take over from him, saying some of the plots had assumed tribal overtones.

"That kills the party. Stop it, stop it. We do not want to start to fight each other before the time comes," Mugabe said.

"Be at peace, the time will come, it's certainly coming. Congress will decide," Mugabe said, referring to the five-year gathering of the party that chooses the Zanu-PF leader, due to take place in 2019 when Mugabe will be 95.

Some party officials have been privately lobbying for the meeting to be brought forward to December, allowing Mugabe's successor to contest next year's vote.

At Friday's rally Mugabe made a lengthy pitch to youth voters ahead of the 2018 elections, promising to hand over farms and fund construction of housing apartments for youths.

Young people comprise nearly half the population and bear the brunt of chronic unemployment. They are also the ones most likely to turn their backs on Zanu-PF, either by supporting the opposition or leaving the country for better economic prospects.

READ: Malema to Mugabe: 'Grandpa, you must let go'

"As long as you are there, you are our life president. There is no one with a name that qualifies to go on the ballot box except that of Gushungo (Mugabe's clan name)," said Chipanga.