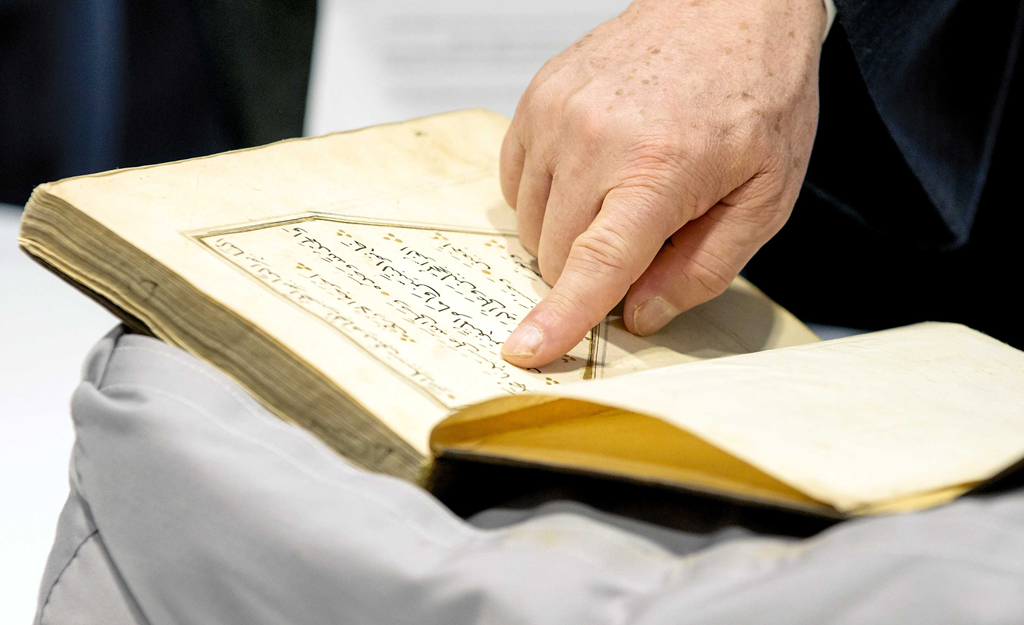 Shawki Ibrahim Abdel-Karim Allam, the Grand Mufti of Egypt takes a look at Koran fragments and manuscripts in the university library, during his visit to Leiden University in Leiden, The Netherlands, April 20 2015.

NOUAKCHOTT, Mauritania - Muslim leaders in deeply conservative Mauritania have demanded the government carries out the execution of a blogger originally sentenced to death for apostasy, his lawyer said on Sunday.

Cheikh Ould Mohamed Ould Mkheitir was initially sentenced to death for apostasy in 2014, although the crime was downgraded to being an "infidel", without the death sentence being lifted.

Mkheitir has been in custody since January 2, 2014 over an article he wrote, allegedly challenging decisions taken by Islam's prophet Mohammad and his companions during holy wars in the seventh century.

Defence lawyer Fatimata Mbaye told AFP on Sunday that the supreme court would re-examine the case on Tuesday as Mkheitir, a Muslim in his 30s who has also been named as Mohamed Cheikh Ould Mohamed, has repented.

But in a statement published on Sunday, the Forum of ulemas and imams for the defence of the prophet of Islam, called for the sentence to be upheld.

"With regard to the existing scriptures, we give our fatwa (religious opinion) that Ould Mkheitir should be killed for infidelity and apostasy, without accepting his repentance," the body of Islamic leaders created in 2014 said.

Mbaye told AFP the supreme court could pardon Mkheitir but must first "determine the sincerity of his repentance".

A criminal court in Nouadhibou in the north of the west African country -- an Islamic Republic that adheres to a strict interpretation of shariah, Islamic law -- had sentenced Mkheitir to death in December last year.

The verdict was met with shouts of acclaim from the court's public gallery, while on the streets there were jubilant scenes as cars sounded their horns.

An appeal court in the same town downgraded the charge in April but maintained the death sentence.

It was the first time a Mauritanian court had issued a death sentence since independence from France in 1960.

Capital punishment is usually reserved for murder and acts of terrorism. According to Amnesty International, Mauritania last executed a prisoner in 1987.

Mkheitir's article -- which also attacked "an iniquitous social order" in Mauritania, with an underclass that was "marginalised and discriminated against from birth" and to which he belonged -- provoked outrage and drew tens of thousands of protestors outside the presidential palace in Nouakchott.

Many Mauritanians live below the poverty line while there is huge disparity between the Arabised moorish elites and the country's black population.

Last year anti-slavery activists, including former presidential candidate Brahim Ould Bilal, were jailed for staging a protest, before being released by the supreme court in May.

At the time of protests against Mkheitir's article, President Mohamed Ould Abdel Aziz had claimed Islam "is above everything, above democracy and freedom" while vowing to take "all necessary measures to defend Islam and its prophet".