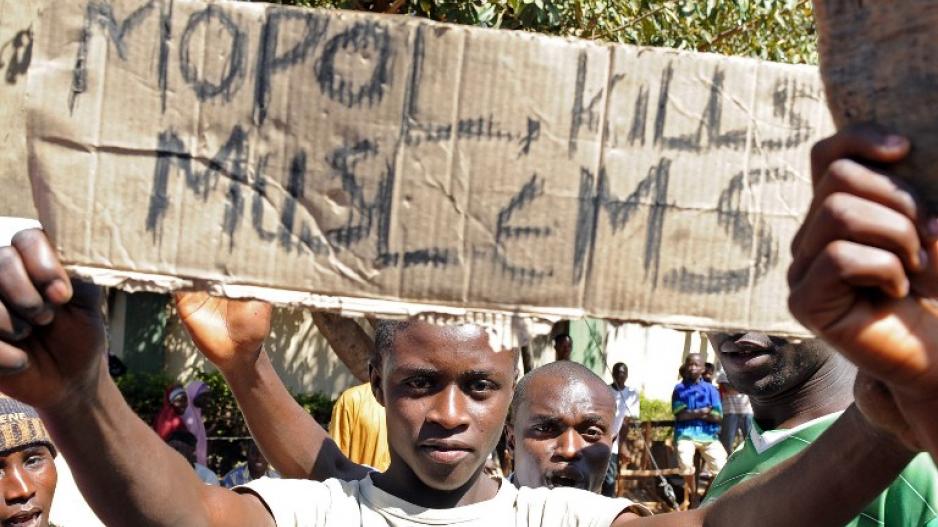 File: A youth carries placard to protest against the alleged killing of Muslims by policemen in the central Nigeria.

ABUJA - A leading Nigerian Islamic group has accused the country&39;s military of summarily executing Muslims in the name of counter-terrorism, prompting a swift and strongly-worded denial on Tuesday from top brass.

The Jama&39;atu Nasril Islam (JNI) umbrella group of Muslim organisations said followers of the faith had "become endangered species, murdered and maimed indiscriminately in the guise of fighting terrorism".

"The dimension of extra-judicial killing of Muslims by the military on a mere whim of unsubstantiated suspicion leaves much to be desired," it said in a statement signed by its secretary-general, Khalid Aliyu.

The state government said "scores" of Fulani tribesmen, a mainly Muslim ethnic group primarily made up of cattle herders, were killed as troops tried to disarm locals and enforce a peace deal.

The JNI said 15 died, adding that the incident was the latest example of orchestrated state violence where "innocent Muslims were mercilessly massacred".

Tit-for-tat violence between the Fulani and farmers has been commonplace in central Nigeria, where the mainly Christian south meets the largely Muslim north.

The violence, which has claimed more than 10,000 lives since 1992, according to Human Rights Watch, has been attributed to disputes over grazing rights but ethnicity and religion have also been blamed.

"The Nigerian military and other security agencies do not have any policy, agenda or plans to perpetrate massacre or extra-judicial killing of law abiding citizens," he said in an emailed statement.

"Contrary to the false claims, no law abiding individual, faith, ethnic group or organisation is being targeted as alleged by JNI.

"It is unfortunate that the unjust imputation is coming from respectable and responsible organisation like JNI."

The military has previously rejected claims from Amnesty that troops had executed hundreds of suspected Boko Haram militants after a jail break in the northeastern city of Maiduguri on March 14.

The JNI, headed by the spiritual leader of Nigeria&39;s Muslims, the Sultan of Sokoto, also referred to the incident, describing it as "painful and unacceptable", asking whether Nigeria had "a grand agenda" against Muslims.

Muslim leaders, including the JNI&39;s Aliyu, in February voiced fears about apparent religious "profiling" after a wave of mass arrests of Muslims in southern Nigeria on suspicion of Boko Haram links.

Aliyu told AFP at the time: "It (profiling) could result in a repeat of the events leading to the civil war if the north decides to go for tit-for-tat."