Muslims in several countries to fast for month of Ramadan 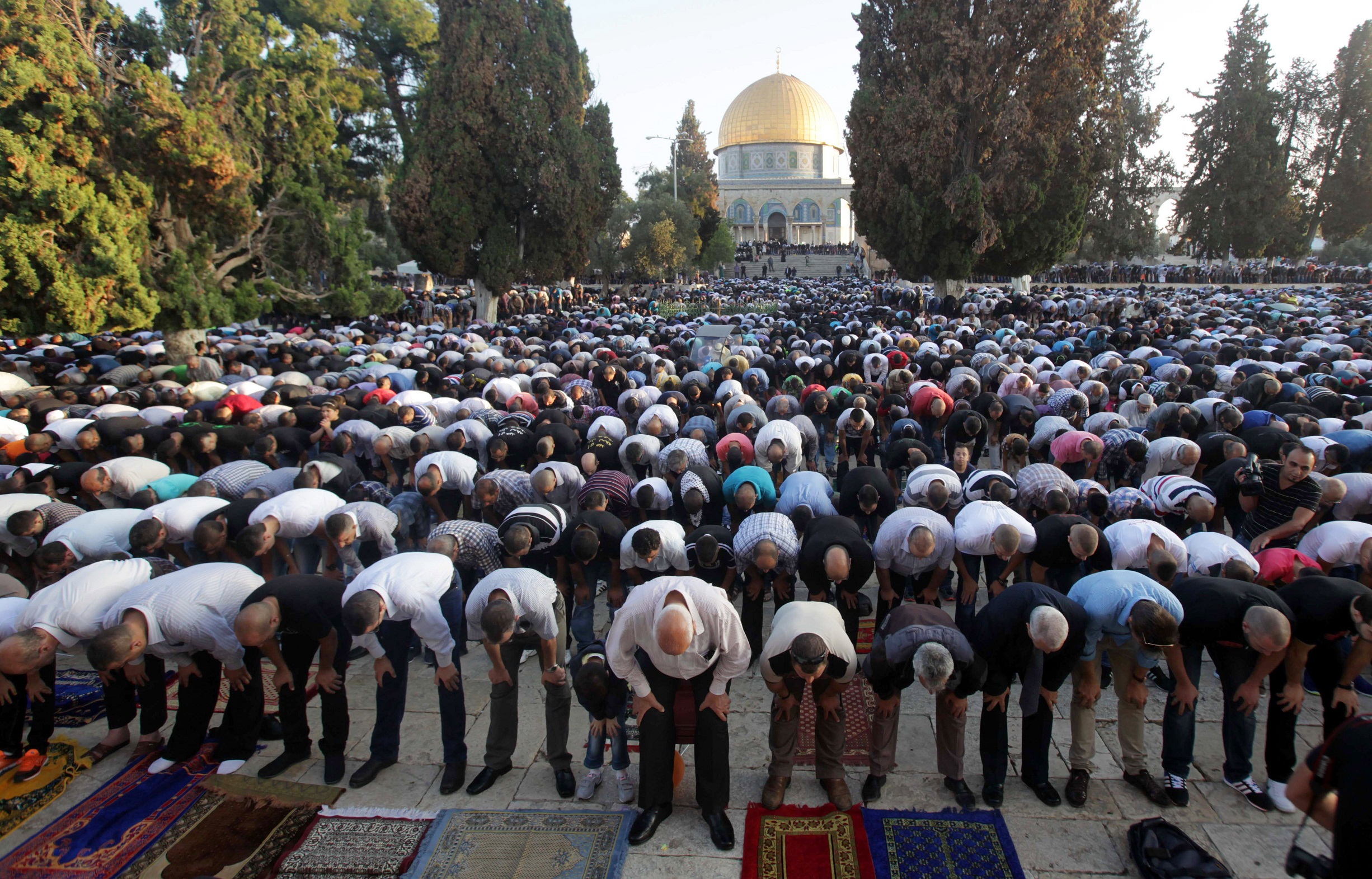 File: Palestinian bow during early morning prayer in front of the al-Aqsa Mosque (not pictured), one of the holiest sites in Islam, to mark the beginning of the Eid al-Fitr holiday at the close of Ramadan, in Jerusalem, 28 July 2014.

Cairo  – Saudi Arabia and several other Muslim countries have announced that the Islamic fasting month of Ramadan will begin on Monday.

Authorities in Saudi Arabia, the birthplace of Islam, said that the new moon of Ramadan was spotted Sunday evening and that the first day of the holy month begins on Monday.

Indonesia, the world’s largest Muslim country by population, will also begin the holy month of Ramadan.

Muslim countries follow a lunar calendar in which the beginning and end of months are determined by the sighting of the new moon.

During Ramadan, Muslims have to abstain from eating, drinking and smoking from dawn to sunset.

Fasting is one of Islam’s five pillars, alongside declaration of monotheism, prayer five times a day, alms-giving, and the pilgrimage to Mecca in Saudi Arabia.