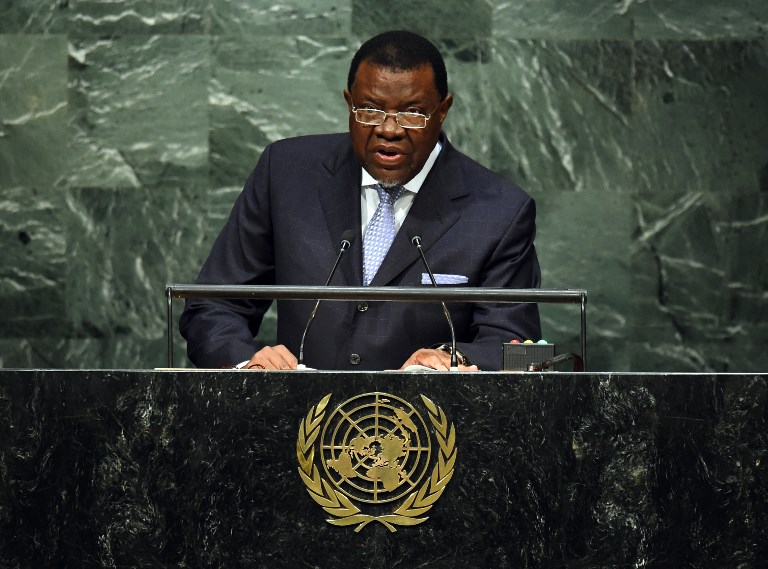 "The accusations of corruption concern the conduct of Areva and/or Uramin and do not implicate Dr Geingob or the government of the Republic of Namibia," the president&39;s lawyer, Sisa Namandje, said in a legal letter seen by AFP.

But operations at the mines proved to be more tougher than expected and the investment turned into a financial disaster.

Areva made provisions for a 1.5-billion-euro write-down at the end of 2011, roughly the price of the initial transaction.

French investigators subsequently opened a probe into the affair.

Former Areva chief Anne Lauvergeon was implicated for having submitted inaccurate accounts intended to hide the collapse in the value of Uramin.

The former director of the group&39;s mining operations, Sebastien de Montessus, is also being pursued for alleged corruption.

Sources close to the French inquiry have told AFP that investigators are probing possible misappropriation of funds linked the purchase of Uramin, and two contracts inked with Namibian company United Africa Group (UAG) worth a total of 6.9 million euros.

They are also pursuing allegedly illicit monthly transfers of $10,000 to Geingob made between 2008 and 2009, added the sources.

READ: Namibia to spend $12.4bn on projects in next five years

Geingob&39;s lawyer added in the letter that the sums were paid to Geingob for "advisory work at Uramin" undertaken before his appointment as commerce and industry minister in 2008.

"There is no link between the additional costs of the transaction between Areva and Uramin and the services delivered by (Geingob&39;s) HG Consultants," wrote Namandje.

"No other payments exist between Areva and Dr Geingob."