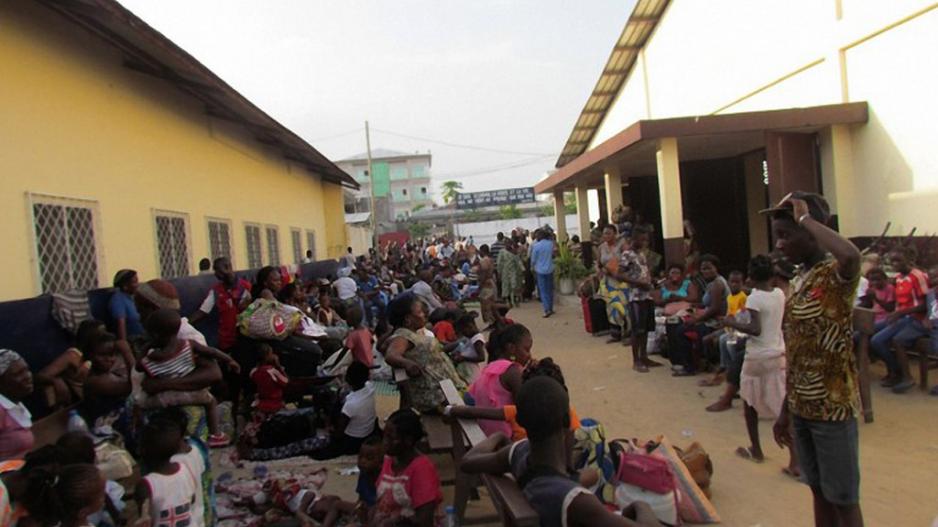 Congolese displaced residents from the southern districts of Brazzaville take shelter in a church after fleeing intense clashes between security forces and unknown assailants on 4 April, 2016.

BRAZZAVILLE - Congo&39;s President Denis Sassou Nguesso has sacked a former rebel leader and clergyman from a junior post in the presidency over suspicions that he spearheaded a deadly "terror attack" this week.

The government said three security troops, two civilians and 12 assailants perished in Monday&39;s violence in the south of the capital Brazzaville.

A statement said Frederic Bintsamou had been dismissed as a "delegate charged with promoting peace and healing the scars of war."

The government identified the attackers as members of the disbanded Ninja Nsiloulou militia.

The Ninjas fought two civil wars in the 1990s and were headed by Protestant preacher Bintsamou, also known as Pastor Ntumi, who is called the Prophet by his admirers.

Bintsamou recently came out in favour of presidential candidate Guy-Brice Parfait Kolelas, who came second to Sassou Nguesso in last month&39;s election, which the opposition say was marked by massive fraud.

Thousands of people on Monday fled the heavy fighting in southern Brazzaville districts loyal to the opposition.

The government blamed the Ninjas but Kolelas accused the authorities of a set-up aimed at quelling protests.

Congo has been on edge since an October constitutional referendum ended a two-term limit on presidential mandates, allowing the 72-year-old head of state to extend his 32 years in power.