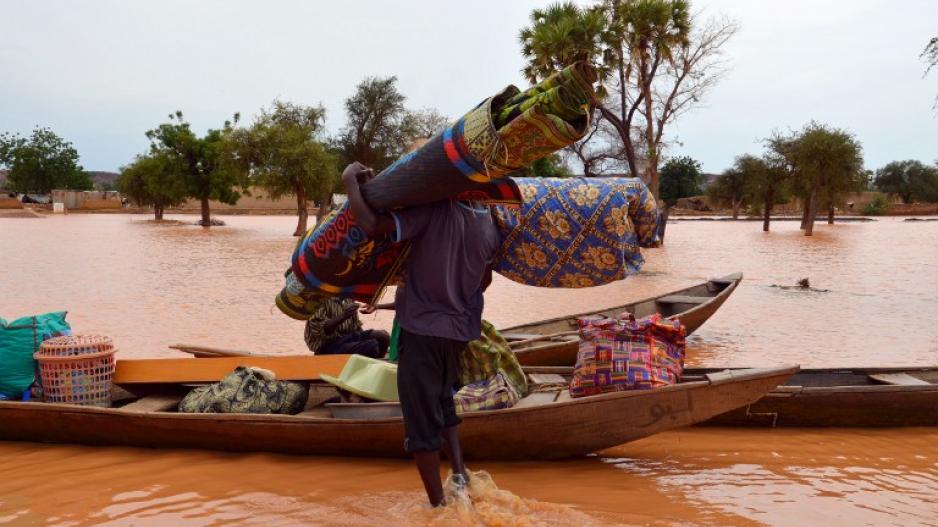 A man carries his belongings into a pirogue in a district in Niamey where floods caused 26 casualities and affected 75,347 people and 13,000 hectares of farmland.

NIAMEY - Niger&39;s government on Friday launched an appeal for "international solidarity" to help victims of recent floods that claimed more than two dozen lives and forced 75,000 people from their homes.

The government said it lacked the means "to meet all the needs of the victims and to reduce the impact of this catastrophe on the population" and issued "a pressing appeal for national and international solidarity".

The Anfani private radio station said that four people had drowned five days ago in floods in the eastern Zinder region.

Homeless people have been given shelter in schools, but the new term is due to start in two weeks.

Since last month, almost all of the west African country&39;s eight regions have been hit by heavy rain and by the Niger river bursting its banks, including in the capital Niamey.

More heavy rain is forecast by weather experts in coming weeks, while the government is also wary that rainfall in neighbouring Mali, which lies upstream, could worsen the flooding of the Niger river in November and December.

The destruction of crops has aroused fears of a food crisis, mainly in the west, centre and south of the country.

The United Nations has meanwhile warned that Niger could face a "massive invasion" by locusts, since flooded land creates ripe conditions for the hatching of larvae.

Niger, a partly desert nation, has traditionally been very dry and often confronted with drought, the ravages of locust swarms and food crises.