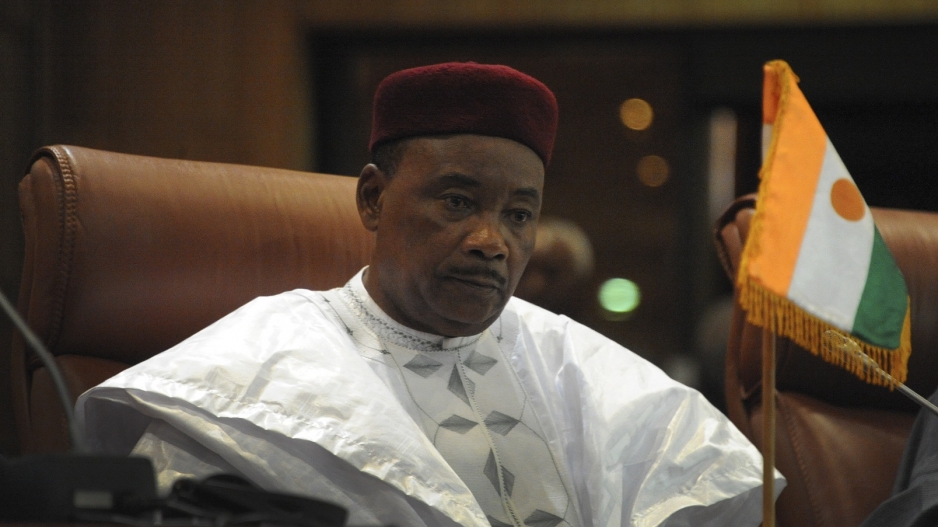 President Mahamadou Issoufou is a Western ally in a fight against radical Islamist groups and Niger is part of a regional coalition fighting Boko Haram. The ruling Niger Party for Democracy and Socialism expects him to win in the first round.

NIAMEY - Niger&39;s opposition deputies boycotted a meeting of the new national assembly on Thursday, following a controversial presidential election held over the weekend.

The opposition parties had boycotted the run-off presidential election on Sunday which was easily won by incumbent Mahamadou Issoufou who has proposed forming a government of national unity.

Issoufou won 92 percent of the vote in Sunday&39;s election in the impoverished but uranium-rich West African country, which was marred by low turnout in the face of the opposition boycott.

His sole challenger Hama Amadou, imprisoned since November on shadowy baby trafficking charges, was flown to France for medical treatment just days before the second round.

None of the 53 opposition deputies, four of whom are in prison,  was present in the Palais de Congres convention centre where parliament is meeting while the National Assembly building undergoes renovation.

Issoufou presides over a strong parliamentary majority, secured at parliamentary elections in February when his coalition won 118 of the 171 seats.

President Issoufou&39;s call for a unity government comes despite the fact that the COPA 2016 opposition coalition does not even recognise his victory which it has dismissed as a "sham of an election".

The poor West African state, where three-quarters of the population live on less than $2 a day, has only had a multi-party democracy since 1990.

"There is not just a security challenge, there are other challenges including economic and social development. All these challenges need a sacred union," Issoufou said Wednesday.