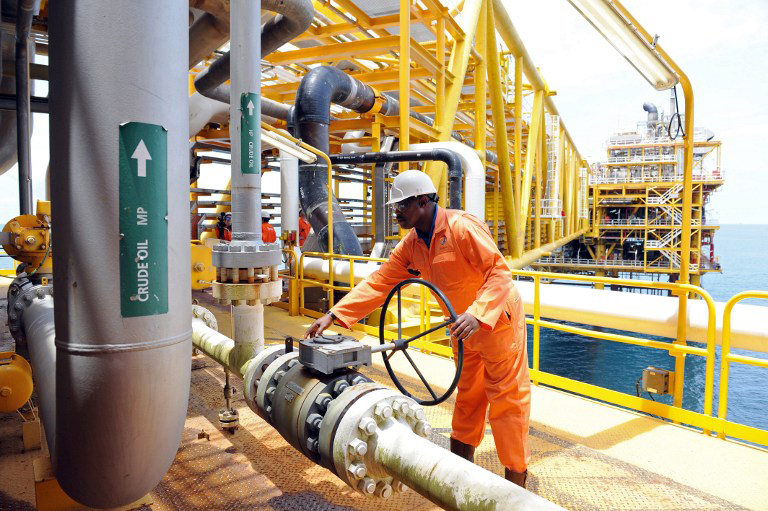 FILE image (April 14, 2009) shows a worker inspecting facilities on an upstream oil drilling platform at the Total oil platform at Amenem, 35 kilometers away from Port Harcourt in the Niger Delta.

ABUJA - Nigeria has almost tripled the budget for an amnesty programme for militants in its oil-producing heartland, the presidency said on Saturday, a key factor in maintaining a tenuous peace in the Niger Delta and supporting crude production.

An additional 30 billion naira (R1.3 billion) would be released for the former militants and an extra 5 billion naira added at some later stage, the presidency said in a statement. Until 2016 the annual budget was 20 billion naira.

Funding of former militants under the 2009 amnesty is key to maintaining the relative stability in the Delta and stopping attacks on oil facilities, as it was last year by militants who cut crude output by as much as a third.

Under the amnesty programme, each former militant is entitled to 65,000 naira a month plus job training. But in March a special adviser to Nigeria's president said the programme was facing a cash crunch.

"Currently the Amnesty Office has now paid up all ex-militants backlog of their stipends up to the end of 2016," the presidency said in a statement.

The government has been holding talks with militants to end the attacks that cut Nigeria's output by 700,000 barrels a day (bpd) for several months last year, reducing total production at that time to about 1.2 million bpd. It has since rebounded.

The presidency also said all promises made by Vice President Yemi Osinbajo on recent visits of the Niger Delta to boost development would be kept.

The damage from attacks on Nigeria's oil industry has exacerbated a downturn in Africa's largest economy, which slipped into recession in 2016 for the first time in 25 years, largely due to low oil prices.

Crude oil sales make up around two-thirds of government revenue.